Mugging on rise in capital 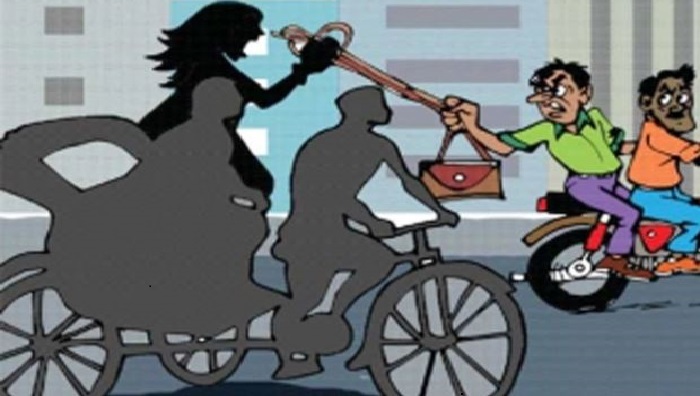 Police in a special drive have netted some 50 suspected muggers or cheats from different parts of the crowded capital amid growing incidents of snatching or robbing, with some carrying sharp weapons, police sources said Saturday.

“We swung into action after mugging incidents saw a spike and made commuters nervous … we are working to ensure security of the commuters,” said Abdul Baten, Additional Commissioner of Detective Police.

Meanwhile, the killing of a 38-year-old woman during an attempted snatching as she travelled on a rickshaw near the capital’s Kamalapur railway station area has prompted the law enforcers to further strengthen its actions against the muggers or snatchers. The incident occurred near the Mugda stadium around 5:45am on Saturday, according to the police.

According to Dhaka residents, most of the city inter-sections, thoroughfares, lanes and by-lanes have become increasingly vulnerable to mugging in recent days.

City commuters alleged more people are falling prey to different organised gangs daily losing their mobile telephones, cash, jewellery and other valuables, besides some are held up near ATM booths and are forced to give the pin number by which the criminals draw money and flee.

Inmates of auto-rickshaws and slow-moving three-wheeler rickshaws are the most favourite for these criminals, sources said.

Most of the victims do not go to police station considering it as extra harassmen, sources said.

Conducting separate drives, the DB men managed to catch 42 suspected muggers and seized numerous locally made sharp weapons and 85 mobile phones from them.

They were apprehended during a special drive conducted Friday night, said Abdul Baten. He added: “Majority of mugging incidents occur during midnight to early morning period. Most of the streets lights are not working in Dhaka city and thus the mugging cases have jumped.”

The police official continued: “However, in addition to surveillance of the marked areas, we are creating awareness among the bus terminal authorities.”

In the face of the DB police interrogation, the arrestees disclosed that they first greeted pedestrians or rickshaw passengers with a “salaam” and then mugged them at knifepoint.  They targeted people in areas along Kamalapur railway station, Satrasta, Nabisco area, Mohakhali Bus Terminal, Banani, Gulshan-1, Rampura Bridge, Dhanmondi, Bongshal, Chawkbazar, Kalabagan, Gulistan, Jatrabari, Sayedabad and New Market.

Some muggers use dangerous drugs to make their victims unconscious and loot them.

Deputy commissioner (DC) (media) Masudur Rahman said, “a large number of law enforcers, both in uniform and in plain clothes, are now working in the Dhaka metropolitan area to net all kinds of criminals, including the muggers.”