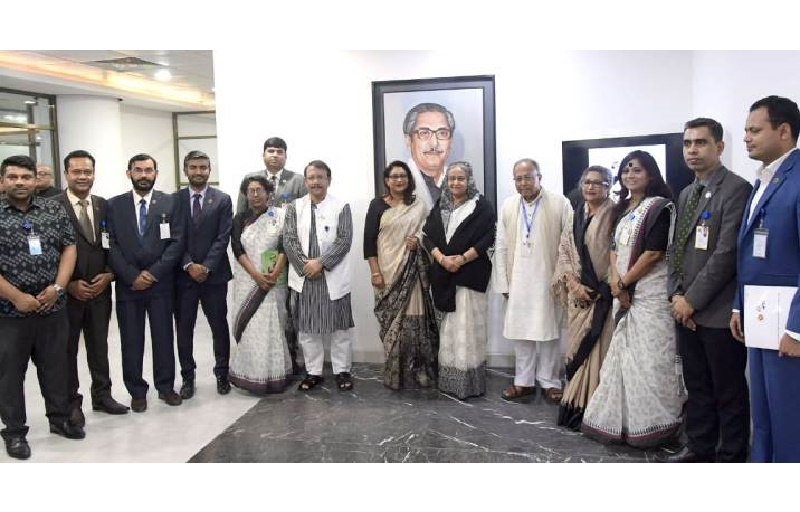 During the visit, she took part in a photo session with the members of the committee.

The countdown for yearlong celebration of the “Mujib Year” marking the birth centenary of Father of the Nation Bangabandhu Sheikh Mujibur Rahman began on January 10.

Bangladesh will observe the 100th birth anniversary of Bangabandhu Sheikh Mujibur Rahman from March 17, 2020 to March 17, 2021.