President in Chattogram on four-day tour 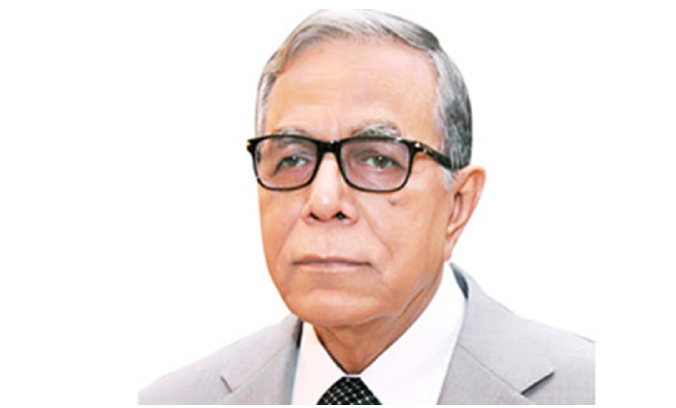 President Abdul Hamid on Saturday arrived in Chattogram on a three-day tour to attend different programmes.

A VVIP helicopter carrying the President landed on the premises of Artillery Centre and School (AC&S) in the afternoon.

Abdul Hamid planted a sapling in front of the VIP Complex of AC&S after a guard of honour was provided to him on his arrival.

The President along with his family members also enjoyed a cultural programme at the Mushfiq Auditorium of the centre.

Secretaries concerned to the President were also present during the programme which was followed by a dinner.

Abdul Hamid is also scheduled to confer the national standard to field regiment artillery 1, 2 and 3 and 38 AD Regiment Artillery on Sunday at the parade ground of the centre.

On February 24, he will attend a passing-out parade of the 94th recruit batch of Border Guard Bangladesh (BGB) as the chief guest to be held at Border Guard Training Center and College (BGTC&C).

He will also inspect the march and take salute of the recruits.