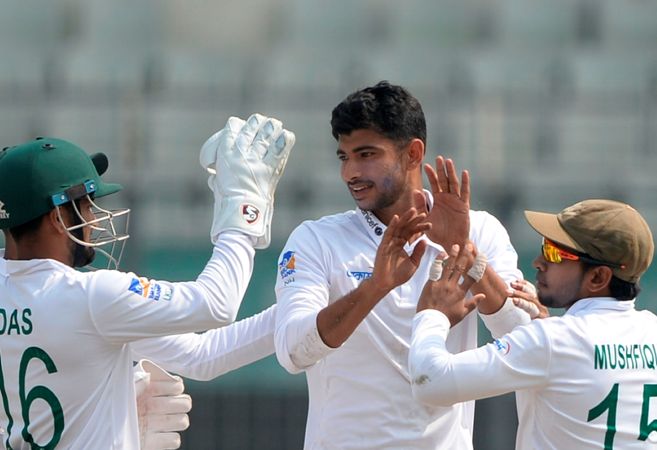 The second session of the day has been a good one for Bangladesh despite the dropped chances as they managed to bag the wicket of Masvaure and Taylor on the opening day of the one-off Test against Zimbabwe at Sher-e Bangla National Stadium in Mirpur.

Off-spinner Nayeem Hasan brought some respite for Bangladesh as he took two wickets in the second session on Saturday.

Ervine was batting on 60 not out while Sikandar Raza made seven not out as they were trying to rebuild the innings.

Nayeem dismissed Prince Masvaure for 64 with straightforward catch off his own bowling, ending the batsman’s 111-run second wicket stand with skipper Craig Ervine.

Nayeem then bowled Brendan Taylor for 10 in his next over and helped Bangladesh reduce Zimbabwe to 150-3 at tea break.

Bangladesh got the only success in the opening session courtesy of pacer Abu Jayed when opener Kevin Kasuza gave a catch to Nayeem Hasan at gully for two after Zimbabwe won the toss and opted to bat first.