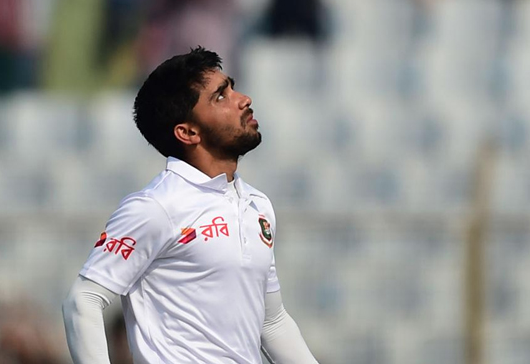 Bangladesh Test captain Mominul Haque insisted that his side needs a victory badly to overcome the scratchy environment around them created by their six-straight defeats in the longer version format.

Mominul-led Bangladesh would take on Zimbabwe for a one-off Test, starting on Saturday at the Sher-e-Bangla National Cricket Stadium to end that win draught.

“I think if we can win the match, the whole scenario will be changed. I’m not talking about the six Test defeats, I am talking about the bad patch in which we are going through. Right at the moment, it is important to end that bad patch,” Mominul said ahead of the Test at Sher-e-Bangla National Cricket Stadium in Mirpur on Friday.

“We are hopeful of ending the bad patch and the confidence stemmed from the way the guys are practicing and the determination they showed.”

After Mominul took over the captaincy in Test format, Bangladesh lost all of the three Tests by innings margin. So, there is a pressure on him also even though Mominul doesn’t want to admit it.

“When we came to the ground, our target is always to win the match, whatever the team is-be it Australia, or Zimbabwe. And International cricket is all about the pressure. You have to adjust with that pressure. As far as I believe, everybody is desperate to play good cricket, giving pressure a matter no thought,” he said.

Unfortunately after being appointed as captain, Mominul didn’t get all of the senior players simultaneously for any series. This time also, Mahmudullah Riyad was axed from the team but Mushfiqur Rahim is back again after opting against to tour in Pakistan.

Mominul heaved a sigh of relief after Mushfiqur’s return to the team, saying that his return bolsters his confidence.

“If you haven’t got any senior cricketer around you, as a captain, you will feel uncomfortable. In that sense, Mushfiqur’s return gives me a comfort. His return would make our batting line up strong and also bolster our confidence,” he remarked.