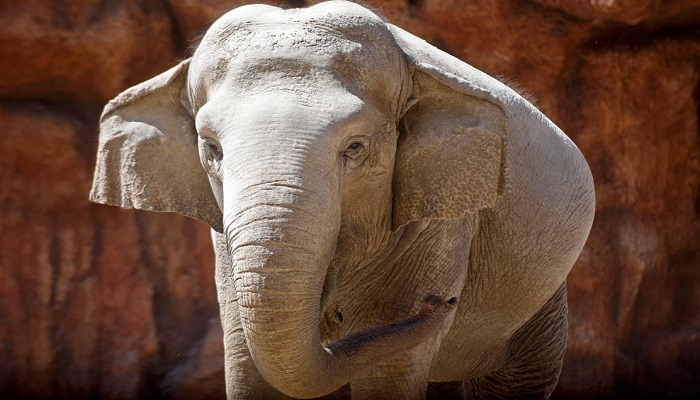 India's proposal to include the critically-endangered Asian elephant and two large species of birds -- Great Indian Bustard and Bengal Florican -- in the UN Convention on Migratory (CMS) Species, was unanimously accepted.

The proposal to facilitates cross-border cooperation for the conservation of these three migratory species was accepted at the ongoing 13th CMS Conference in Gandhinagar, Gujarat, reports our New Delhi correspondent.

The proposal was endorsed yesterday, on the third day of the conference, said Indian environment ministry officials.

Listing the Asian elephant, the Great Indian Bustard and Bengal Florican in the CMS Convention will facilitate their natural tendency for migration across India's borders and safe return under existing international laws and agreement, our New Delhi correspondent reports quoting officials.

The acceptance of the proposal came a couple of days after Indian Prime Minister Narendra Modi had proposed transborder collaboration to conserve wildlife which move to and fro across India's border with neighbouring countries.

Intermixing of smaller sub-populations of Asian elephants in Nepal, Bangladesh, Bhutan and Myanmar widen the gene base of these populations, environment officials said, adding it will also help reduce human-elephant conflicts in many parts of its migratory routes.

Asian elephants migrate over long distances in search of food and shelter across Indian states and countries in the region. Some elephants are resident while others migrate regularly in annual migration cycles.

The Great Indian Bustard, another critically endangered and conservation-dependent species, shows transboundary movements and its migration also exposes it to threats such as hunting in boundary area of Pakistan-India and power-line collisions in India.

The number of Great Indian Bustard has declined alarmingly over half a century and now has a small population of about 100–150 which is largely restricted to the Thar desert in Rajasthan state of India. The species has disappeared from 90 per cent of this range and threats to them are expected to increase in future, said the officials.

The Bengal Florican, an iconic and threatened species needing topmost conservation priority, also moves across borders of India and its migration exposes it to threats like land use changes, collision with power transmission line at boundary area of India-Nepal and probable power-line collisions.

The Bengal Florican populations has come down due to habitat loss and hunting and the species no longer breeds outside protected areas in the Indian subcontinent except in a few areas of Assam.

The CMS Conference underway in Gujarat has kicked off the Super Year for Environment which will include a UN Summit in September and culminate in the UN Biodiversity Conference at the end of 2020 when a new global biodiversity strategy for the next decade is expected to be adopted.