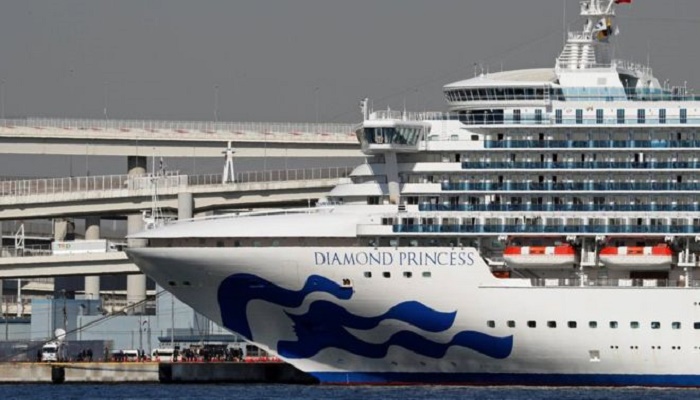 Two Japanese passengers who contracted the new coronavirus on board a cruise ship quarantined in Japan have died, officials say, reports BBC.

Both were in their 80s with underlying health conditions. They were being treated in hospitals after being taken off the Diamond Princess last week.

At least 621 people on the ship tested positive for the virus, named Covid-19, the biggest cluster outside China.

Overall, there have now been 2,220 deaths and nearly 75,000 confirmed infections recorded in mainland China.

What is known about the two Japanese fatalities?

The victims were an 87-year-old man and an 84-year-old woman, Japan's health ministry said.

The man - from Kanagawa prefecture south of Tokyo - had had bronchial asthma and died from Covid-19.

The woman - from the capital - died from pneumonia believed to be caused by the coronavirus.

The victims have not been publicly named.