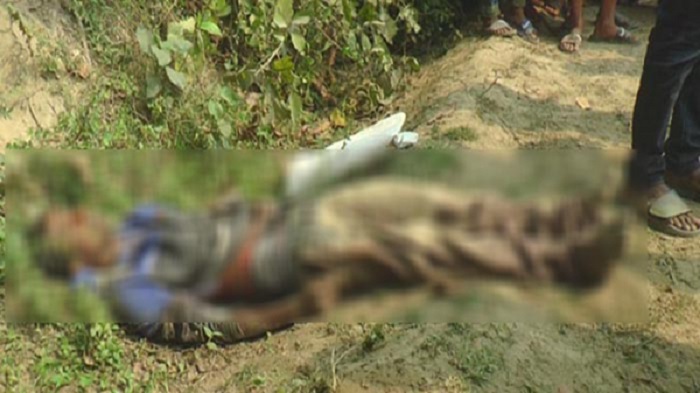 A BNP activist was alleged hacked to death in broad daylight by a group of unidentified criminals after being stopped down from a running bus in Chandihara Kholagachi intersection under Shibganj upazila of Bogura on Thursday.

The deceased was identified as Apel Mahmud, 35, son of Abdul Mannan of Palashbari village of Gokul union of Bogura Sadar upazila.

Al Mamun, 38, elder brother of the victim, was severely injured as all his ten fingers were cut off by the criminals during the attack.

On information, injured Al Mamun is a member of ward-3 unit of BNP in Gokul union while deceased Apel Mahmud was an activist of the unit.

The two brothers went to Mahasthan Bazar to buy domestic animals at 8:00 am. Former president of Shechchhasebak Dal Gokul union unit Mizanur Rahman Mizan and his associates called them over the cell phone to come in Chandihara Kholagachi intersection in the name of selling domestic animals. Later, the two brothers were hacked at around 9:00 am when they reached the area, inspector Reza said quoting local people.

Apel Mahmud died on the spot while Al Mamun was critically injured in the attack. Later, the injured brother was rushed to a town hospital and the body of Apel Mahmud was sent to the morgue of the same hospital.