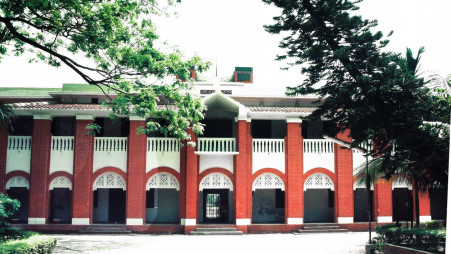 Bangladesh University of Engineering and Technology (BUET) has decided not to take part in the University Grants Comission's (UGC) unified admission system.

BUET took the decision at its academic council meeting on Thursday.

Many other public universities of the country, however, have shown their interests to follow the UGC's newly adopted method.

Director of DSW of the BUET Prof Mizanur Rahman said the BUET welcomes the UGC's decision but the teachers of the instituion are not interested to get involve with the unified admission test.

"The BUET does not want to make any comment over the issue and will follow the existing admission system of the university," he said.

Mentionable, Vice Chancellors of 28 public universities agreed to go for unified admission procedure though Dhaka and Chittagong Universities did not clear their stance in adopting the new policy.

Bangladesh University Council Chairman and also Sher-e-Bangla Agricultural University Vice Chancellor Prof Dr Kamal Uddin Ahmed said that there will be an arrangement for holding unified admission system except those who are not interested about the new procedure.