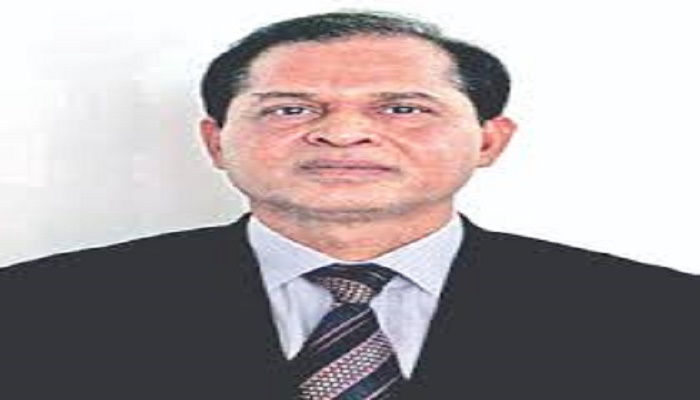 We know that Bangabandhu attended the OIC Summit held in Lahore on 24 February 1974. In fact, it was uncertain that Bangladesh would, at all, be able to participate at the OIC Summit to be held in Lahore, as Pakistan had not yet recognised the reality of Bangladesh. However, the role of the international community, particularly Bangabandhu’s close friends of some Muslim countries’ heads of state/government, concerning Bangabandhu’s participation at the conference, was noteworthy. After the immense efforts of those countries’ leaders, Pakistan had to extend its recognition to the independent sovereign country, Bangladesh, on 22 February 1974. On that day in Lahore, Pakistan’s Prime Minister Zulfiqar Ali Bhutto announced at a gathering of the governors and chief ministers of different provinces of Pakistan and the members of the Pakistan National Assembly would announce the recognition of Pakistan to Bangladesh as well as acceptance of the reality of Bangladesh. After that announcement, there remained no further hindrance to Bangabandhu's participation at the Islamic Conference held in Lahore.

In this context, we may like to know the background of this event. On 21 February, a seven-member delegation consisting of members from seven Muslim countries, led by the Foreign Minister of Kuwait, arrived in Dhaka. They held talks with Bangabandhu on that night. There was a long discussion between them on the recognition of Bangladesh by Pakistan and Bangladesh’s participation at the Lahore OIC Summit. The next day, four of the members left Dhaka for Lahore to report the results of the talks to Pakistan government. Within a few hours of their arrival in Pakistan, Prime Minister Bhutto announced Pakistan's unconditional recognition of Bangladesh as a sovereign independent state.

On the evening of 22 February, news came to the Bangladesh government that Pakistan had recognised Bangladesh. According to media report, the message of Pakistan's recognition to Bangladesh at first reached the Swiss Embassy in Dhaka and they ultimately passed the message to Kuwait’s Foreign Minister Sheikh Sabah Al Ahmed Jaber, who was then staying at the state guest house in Dhaka.

Truly speaking, it was a much-desired event for the peace-loving people of the world. Different countries expressed their reaction to Pakistan’s announcement of recognition of Bangladesh. Prime Minister of India Mrs. Indira Gandhi said, "We have always felt the normalisation of relations between Bangladesh and Pakistan and this will be an important step towards peace and cooperation in the sub-continent.”

The British government congratulated Pakistan's decision of recognising Bangladesh. The Soviet Union stated that the establishment of diplomatic relations between Pakistan and Bangladesh would protect the interests of all South Asian states. In order to ensure lasting peace and security of the people of the region, this would play an important role for establishment of friendship, cooperation and good neighbourly relations between them.

Dr. Kamal Hossain, the Foreign Minister of Bangladesh, at a press conference called urgently at Ganabhaban on that night, officially announced the decision of the government that Bangabandhu would participate at the Lahore Islamic Summit. He informed the journalists that Bangladesh was going to Lahore only to attend the OIC Conference, not for anything else.

On 23 February, the leader of the Islamic well-wishing delegation, Kuwait's Foreign Minister Sheikh Sabah Al Ahmed Al Jaber, who was accompanying Prime Minister Bangabandhu Sheikh Mujibur Rahman and other members of his delegation to Lahore, told the reporters at Dhaka Airport on the eve of their departure, that there was no precondition on Pakistan’s recognition to Bangladesh. He said that the two countries did not want any condition to be involved in this recognition. Expressing happiness, he told that they were especially pleased to see their brother Sheikh Mujib was going to attend the Islamic Summit. Sabah Al Ahmed said that Muslim countries attending the summit took the initiatives of their ‘Dhaka Mission’ to bring the two brothers together in Lahore. He said, "Naturally, I am delighted with the success of the efforts made by Muslim countries in this regard.” We know that the Foreign Ministers of Algeria and Lebanon were also members of that delegation.

A special Jet aircraft, sent by the Algerian President, was carrying Bangabandhu from Dhaka to Lahore. Once the aircraft touched the land of Pakistan at Lahore airport, President of the Islamic Summit and the Prime Minister of Pakistan Zulfiqar Ali Bhutto and Pakistan's President Fazle Elahi came forward to welcome Bangabandhu. He was received with a splendid and colourful welcome. Bangabandhu embraced them and exchanged usual courtesies. After the gun salute programme, Bangabandhu was taken to the stage there. National flags of the two countries were flown. At that time the national anthem of Pakistan and Bangladesh were also played. Bangabandhu was standing between the President and the Prime Minister of Pakistan.

Once Bangabandhu reached the conference venue, delegates of all the countries extended a warm welcome to Bangabandhu and his delegation. The President of the Conference Prime Minister Bhutto announced the participation of the Bangladesh delegation led by Bangabandhu Sheikh Mujibur Rahman. Immediately after the announcement, the conference room was shaken with incessant clapping of the delegates and the guests present there.

At the out-set of his speech, Bangabandhu said, “Indeed we are very happy that the 75 million people of Bangladesh have been able to take their place in this forum to declare their fraternal solidarity with their brethren who are assembled here and extend their support to the just cause of our Arab brothers.”

He thanked the organisers of the conference, the participating leaders and the host as well as the Chairman of the Conference the Prime Minister of Pakistan Mr. Bhutto. Bangabandhu also said, “I would like to state that, in opening a new chapter in our relations on the basis of sovereignty, we have paved the way for contributing together to the promotion of peace in our sub-continent and in the world.”

Bangabandhu said that mankind, like the present, had never faced before such formidable challenges. He said, “Never before have the people of the world stood on the threshold, on the one hand, of awesome dangers, and the others, vast creative possibilities for the improvement of their quality of life. Man has acquired greater material power than he has ever enjoyed before. He has acquired the capacity to destroy the world. We have seen in our times how much power has been used to make war, to oppress people, to deny to them their legitimate rights and to inflict untold sufferings as exemplified by the agonies of our Palestine brothers.”

The thunder-voice of the peace loving people of the world, Bangabandhu further said, "That is why we need today to get our wisdom than ever before to harness this power, not to destroy, but to create; not to make war but to build peace; not to aggravate human sufferings, but to advance human welfare."

Emphasising the importance of eternal values of human brotherhood and the dignity of man, Bangabandhu said that a distinctive contribution of the Muslim people to the problem of our day could be made if we could contribute to the generation of the eternal values of human brotherhood and the dignity of man which the Holy Prophet bequeathed to Mankind. He said, “It is upon these values that we can build a new international order based on peace and justice. It is important for us to emphasise that this conference can be useful not only to consolidate our unity in support of the cause of Arab brethren, but we can at the same time declare our solidarity with the forces of peace and progress throughout the world with the non-aligned nations; with the oppressed people of the world struggling against colonialism, imperialism, racialism and all those people who are struggling against domination and exploitation in all its forms. The historic injustices which have been inflicted on our brethren must be redressed.”

Amidst ear-bursting sound of clapping of the representatives of 60 crore Muslims attending at the Islamic Conference, Bangabandhu made a clarion call for the immediate vacation of the illegally occupied Arab land. He announced in a strong voice, “We must regain our right over Jerusalem. We salute the brave martyrs and valiant heroes of the Ramadan War who, by their valour and their sacrifice, destroyed many myths and created new executive conditions which all promise that the right and justice will eventually triumph.”

Stressing the importance of vacating of the forcefully occupied Arab territory, Bangabandhu, once again, reiterated, "We fully agree that a critical juncture in history has been reached, but a concerted and well-planned action on our part can remove the historic injustices which have been inflicted on our brethren.”

Bangabandhu finished his speech by saying, "By the grace of Allah, today we are in a position to consolidate our resources and our strength behind a strategy which can secure peace and justice for all of us. I would end by pledging that 75 million people of Bangladesh are fully committed to contribute in every way possible to the success of this strategy. May the Almighty crown all our collective endeavours with success.”

A reception was organised by the host country Pakistan, in honour of the participating delegates, at the Garden of Shalimar, which was built by Mughal Emperor Shahjahan over 300 years ago. Bangabandhu attended the event with all the members of his delegation. The guests gathered there called upon Bangabandhu and Bhutto to embrace each other following the Islamic tradition of friendship and brotherhood. The Prime Minister of Bangladesh Bangabandhu Sheikh Mujibur Rahman and the Pakistani Prime Minister Zulfiqar Ali Bhutto responded to their calls and immediately hugged and kissed each other in front of the thousands of guests attending that reception.