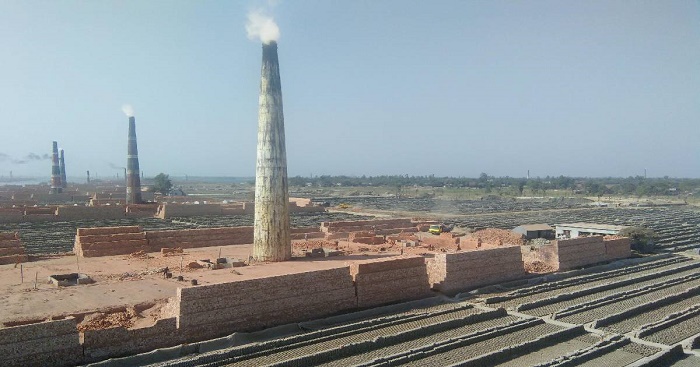 A large number of brick kilns are still in operation in Manikganj ignoring the High Court’s decision apparently because of lax monitoring by the local administration.

Sources at Manikganj district administration and Department of Environment (DoE) say there are at least 149 brick kilns in seven upazilas and most of them are illegal.

After the High Court ordered shutting down such brick kilns, the local administration conducted drives in different parts of the district in December last year and closed down 30 brick kilns.

Besides, 30 other brick kilns were also fined for various violations.

In November last year, the High Court ordered the authorities concerned to shut down all illegal brick kilns in Dhaka and surrounding areas including Narayanganj, Munshiganj, Gazipur and Manikganj within 15 days to reduce air pollution in the capital.

Many locals said residents of areas where the brick kilns are located are suffering from various health and respiratory issues.

Besides, the burning of firewood is also posing threat to the environment.

Locals claimed that some of the brick kilns, shut during the drives, are continuing operations by bribing the administration while owners of some other brick kilns say that writ petitions filed with the court are yet to be resolved.

He said they could not conduct drives most of the time because of manpower shortage. “We’ve only four people working here,” he said, but quickly added that drives against illegal brick kilns will be launched soon.

“Brick kilns running without clearance certificates from DoE, licences, and other necessary documents are being shut down. Those who have submitted documents for licence renewal are being scrutinised,” he said.

The administration has also ordered closing down brick kilns on arable land, he added.