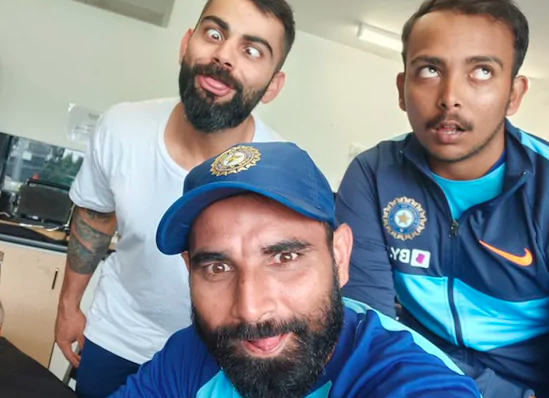 Virat Kohli, who is currently in New Zealand, tweeted a picture with two of his teammates fast bowler Mohammed Shami and young opener Prithvi Shaw on Sunday. When away from field, Virat Kohli always shares pictures with his followers on various social media accounts.

Kohli's fans always scroll through his social media handles looking for any updates and the Indian skipper also obliges them by uploading pictures and videos on the internet. However, the latest picture Kohli posted on Twitter was not a normal one as it featured all three of them making weird facial gestures. "Naya post Sundar dost," Kohli captioned the picture.

As soon as the hilarious post went online, fans turned it into a meme fest in no time.

Reacting to the post, a fan wrote: "Next meme material", while the other replied, "Meme walo: wah pic mil gaya!".