Glaxose-D Dhaka Half Marathon on February 28 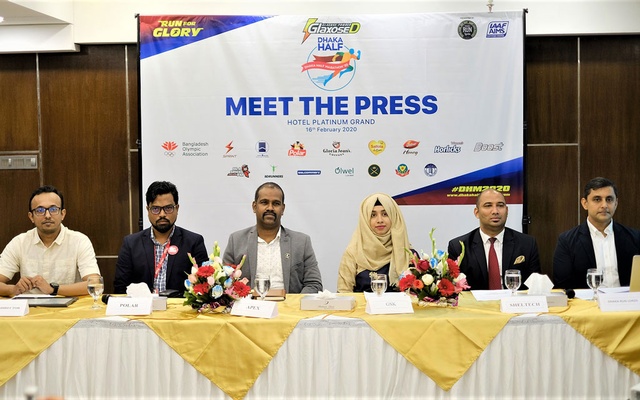 The Dhaka Run Lords is organising Glaxose-D Dhaka Half Marathon 2020 in association with GSK Bangladesh on Feb 28.

This is the third edition of the Dhaka Half Marathon (DHM), an event which aims to highlight Bangladesh on the global platform from a new perspective, the organisers said in a media release.

The organisers announced the date in a news conference at the Platinum Grand Hotel in Banani on Sunday.

Senior officials from sponsor companies and the organizers were present in the press conference.

They spoke about the impact of the DHM on the amateur running scene of Bangladesh and requested co-operation from all to organize a successful event.

The prize-giving and closing ceremony will be held at the Hatirjheel Amphitheater.

Both male and female runners from different corners of Bangladesh and 18 different countries are participating in the Glaxose-D Dhaka Half Marathon 2020, the release said.

GSK Bangladesh is supporting the event as the Title Sponsor while Sprint of Apex Footwear Limited is the Co-Sponsor and Sheltech the Platinum Sponsor.