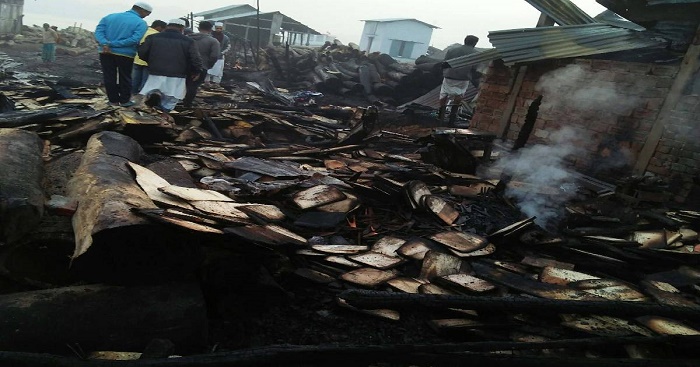 An elderly woman was burned to death in a fire that broke out at a shanty in Shwashan Ghat area under Harintana thana of Khulna on Sunday midnight.

Ashraful Alam, officer-in-charge of Harintana Police Station, said the fire broke out in the shanty around 12am. On information, a firefighting unit rushed to the spot and extinguished the fire.

Then, they recovered the charred body of the woman.

Details about the victim, age around 60, could not be known yet.

In a separate incident, at least 10 fuel wood shops were gutted as a fire broke out at Terogola near Rupsha stand road.

According to fire service control room, the fire originated from a saw-mill and engulfed the adjoining shops around 1am.

On information, two firefighting units rushed in and doused the fire.

Meanwhile, another fire broke out at Zaman Jute Mill in Dighalia upazila around 1am.