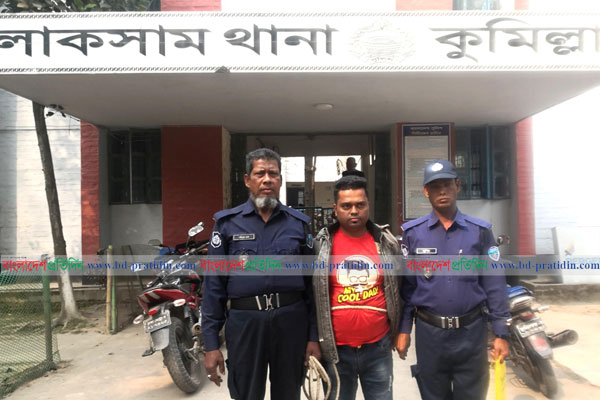 Police arrested a youth for allegedly raping his aunt in Laksam upazila of Cumilla on Sunday.

The arrestee was identified as Masud Rana, 28, son of Sirajul Islam of the upazila. Sirajul Islam is brother-in-law of the victim.

Law enforcers arrested the accused immediately after the victim’s family filed a rape case against Masud on Sunday noon with the police station, the OC said.