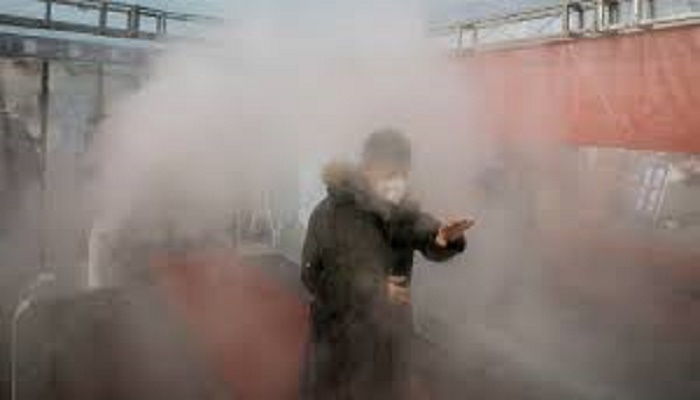 China has announced a drop in new cases from the coronavirus outbreak for a third consecutive day, reports BBC.

New cases spiked earlier in the week after a change in the way they were counted but have been falling ever since.

Outside of China there have been more than 500 cases in nearly 30 countries. Four people have died - in France, Hong Kong, the Philippines and Japan.

The US says it is sending a plane to Japan to evacuate around 400 Americans stuck on the Diamond Princess cruise ship, which is being held in quarantine in a Japanese port

On another cruise ship docked in Cambodia, an 83-year-old American woman has tested positive for the virus after arriving by air in Malaysia

In the UK, all but one of nine people being treated have been discharged from hospital

Five new cases have been confirmed in Singapore, bringing the total there to 72. Eighteen have fully recovered and have left hospital.