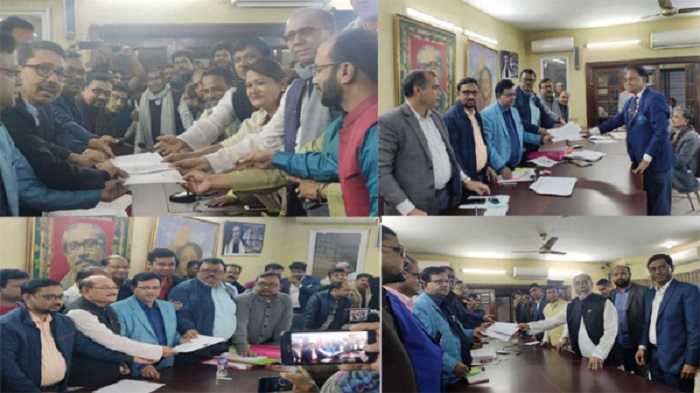 A total of 78 aspirants collected application forms to get Awami League (AL) tickets to contest in the by-election to five parliamentary seats.

The polls will be held in Dhaka-10, Gaibandha-3 and Bagerhat-4 on March 21 while the dates of the polls for Bagura-1 and Jashore-6 are yet to be announced.

The AL started distribution of application forms on February 8 at the AL president’s Dhanmondi political office in the capital.

Today was the last date for the party’s form collection and submission.

The interviews of the intending candidates will be held at Prime Minister Sheikh Hasina’s official Ganabhaban residence tomorrow at 7:00 pm.

A total of 20 persons collected forms for the mayoral post while 405 for councilor posts.