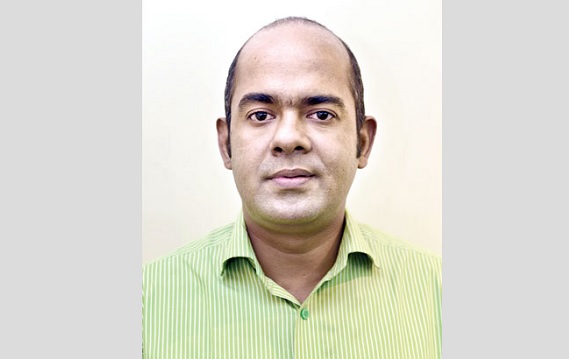 Since its setting in several weeks ago, the deadly Coronavirus has so far claimed more than 900 lives, all but two of them in mainland China. Chinese city Wuhan is reported to be the epicentre of the fatal virus. With the disease going around, people coming down with it, this has forced the countries into making frantic efforts of air lifting their nationals living in Wuhan with a view to contain the spread of infection. On the other hand, as well as locking down the entire city, which virtually has taken on war-like conditions, Chinese authorities have stepped up tightening the boarders for indefinite period of time, hitting the domestic and international trades hard.

Even as of the end of the first week of this month, Coronavirus is believed to have transferred only through human to human, needing physical contact in some ways or other. That assumption, however, encountered a jolt after the test result of a British national with no history of travelling to China, who recently visited to only Singapore, came back positive. This indicates the cryptic, ominously powerful virus can transcend the boundary regardless the nation or country.

With the World Health Organization (WHO) raising an emergency alarm of global health risk, authorities across the globe are taking precautionary measures prescribed by the organization. A week ago, US technology behemoth Apple, which earns about a quarter of its operating income in China, announced that it was temporarily closing all of its stores and offices in China as the nation copes with the ongoing outbreak of the Wuhan Coronavirus. Around the same time, Swedish furniture giant Ikea with some 14,000 staff working for Ikea in China declared the closure of all of its Chinese stores until further notice, in response to the spread of the new deadly virus. South Korea’s Hyundai has shuttered the most productive car factory in the world, a five-plant network that can make 1.4m cars a year, as the shutdown in China meant it ran out of a key component.

Meanwhile 64  people on a cruise liner, the Princes Diamond which has some 3700 people aboard, quarantined on Yokohoma port in  Japan have tested positive, with fearing  the  figure to go up further after screening the remaining passengers. Foreign passengers on another ship, Holland America’s Westerdam, have also been barred, with suspected virus patients on board. The ship, with more than 2,000 people, was near Okinawa and seeking another port, according to news reports.

To put it simply, apart from stoking up fear and claiming lives, the outbreak is taking its toll on travel and tourism, transport, manufacturing industries, export and import sectors not just in China but around the world. Small businesses in China are particularly in a tight corner with everything from keeping livestock fed, to paying rent, and staff salaries for shops that can’t make any sales.

The impact of the shutdown has also been felt beyond China’s borders as knock-on effects, since the world’s second-largest economy is now so integrated into international markets. And Bangladesh is no difference. China being the number one trade partner, the country is highly dependent on the Chinese economy for its industrial raw materials and finished goods. Nearly 28 per cent of the country's import comes from China, followed by India, nearly 14 per cent. Besides, readymade garment sector, which has been a major export earning sector for many years, largely relies on fabrics and garment accessories supplied from China.

According to the Bangladesh Bank statistics, more than 40 per cent of its textile and textile-related goods come from China. Nearly 30 per cent machinery comes from there. The country's import from China also includes agricultural machinery, laptops, mobile phone sets, electrical and electronics goods, fruits, and essential spices etc.  In addition, around 13,000 Chinese nationals are working in the country’s different manufacturing units and mega projects including Padma Bridge, Karnaphuly Tunnel and Dhaka bypass Express way, so their absence and probable prolonged crisis of Coronavirus not only may come up as a hindrance to the country’s development work, but leave a far-reaching  economic impacts on our country.

The ramifications of the outbreak, as experts predict, would be far more than the SARS virus, which brought about $50 billion worth of economic loss to the world in 2003.  Despite the fact that many countries evacuated their citizens from Wuhan on safety grounds, the decision, however, turned out to be a catch 22 situation. This is because, for many, the decision to leave China could have significant individual, financial and professional ramifications, as it seems increasingly likely that the outbreak may last weeks or even months, so any absence would be long-term. Those who have set up or run businesses may worry about how they will operate without key staff. Students may be penalized for leaving a course if they need credits towards a degree, while employees with contracts may be penalized for breaking them. Families with children in school may not be able to find them a place to study in the respective countries at short notice.

Overall, the upshots of virtual epidemic of Coronavirus are already plausible here there and everywhere. While small business bleeding to dry, corporate ventures facing closure, tourism coming to a halt, families being ripped apart, studies being hampered with students fearing loss of credit, the spread of the virus has emerged as multi-pronged issues. As of today, no significant breakthrough in stemming the devastation of the virus, though Chinese scientists based on genetic analysis claimed to have found the animal source of the outbreak, and American experts have joined WHO delegation in China to study Coronavirus. The sooner the world finds a holy grail to effectively combat the virus, the better for humankind.