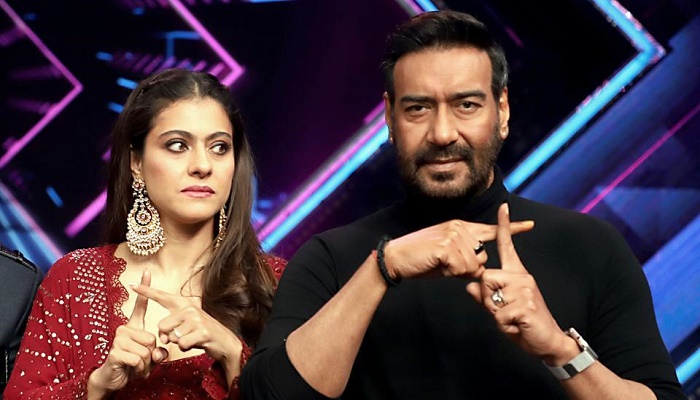 Kajol brings to almost 30 years in Bollywood, she still manages to surprise everyone. Her latest release, the epic Tanhaji: The Unsung Warrior, with husband Ajay Devgn, has left everyone astounded by it’s performance, reports Hindustan Times.

It has so far cruised past Rs 250 crores in India alone! We get talking to the 45-year old actor about starting off 2020 with a bang.

Were you sure that Tanhaji would do such big numbers even before the release?

You can never be sure of any film. I think it’d be overconfidence on our part if we assumed that all the films we made with all our heart and soul will do well.

Your portrayal of Savitribai was lauded by the audience and critics. What’s been the best compliment so far?

The fact that people stayed back till the end titles were rolling! That was the biggest one I got, without anybody saying a single word. The nicest one on the other hand was when the audience in a multiplex stood up at the end and said ‘Bharat Mata Ki Jai’. I loved the fact that I was at least in a film that had that reaction.

Your husband also produced the film. How different is Ajay the husband from Ajay the co-star and producer?

One of your most popular films, My Name Is Khan marks 10 years of it’s release today. How important a film would you call it in your filmography?

I’ve never done films according to whether they worked for me on my resume or not. It’s a fantastic memory, and I had a great time doing it. I remember the moment Karan Johar who narrated the script to me, and both of us were sitting and discussing it at my house.

And it happened with this one too, and nobody came forward to help me, because as I fell down, everyone was laughing and congratulating each other.

The film was so unlike the previous films you, Karan, and Shah Rukh Khan had done, like Kuch Kuch Hota Hai, K3G. Were there apprehensions in that sense?

Not at all, all three of us think the same in a weird way. Maybe not exactly the same. We all laid down to it, and didn’t think our viewpoints differed too much. Karan is so good at telling what he wants done, we’re all on the same page when we get down to work.