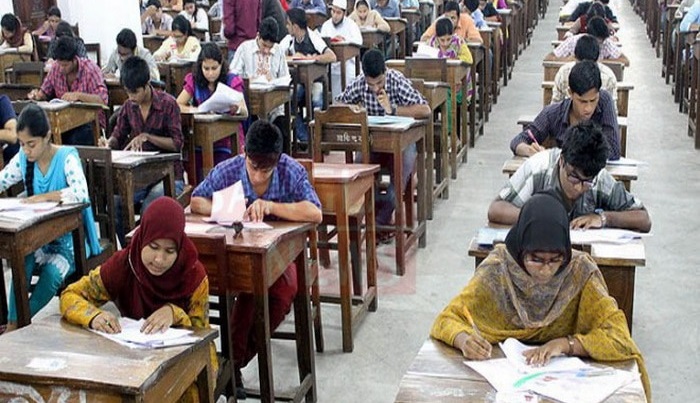 The Vice Chancellors have proposed a central admission test from the next academic year (2020-21) instead of an integrated test for getting admission into a public university.

A unanimous proposition was made on Tuesday evening at the 262nd standing committee meeting of Bangladesh Bishwabidyalay Parishad (BBP), a platform comprising the vice chancellors (VC) of the public universities, at the VC's conference room of Sher-e-Bangla Agricultural University (SAU).

However, a final decision on this matter could be taken at a meeting with the University Grants Commission (UGC) and the Vice-Chancellors on Wednesday.

The question paper for the admission test will be developed following the higher secondary level curriculum, comprised of content from the disciplines of science, business studies, and the humanities. Separate question papers will be set for each area of study.

Applicants will be asked to submit applications for admission soon after the results of the Higher Secondary School Certificate (HSC) are published. The combined university admission examination will be held within November.

Under this system, admission seekers can submit their applications to the concerned universities based on demand and their position on the central merit list prepared from the uniform test.

Using short questions and answers instead of multiple choice questions was also proposed during the meeting.

The VCs present at the meeting unanimously agreed to adopt this system to avoid hassle and expenditure of students and their guardians.

Meanwhile, the Vice-Chancellors of Dhaka University (DU), Bangladesh University of Engineering and Technology (BUET) and Jahangirnagar University (JU) were not present at the meeting and have not yet agreed to follow this new system.

DU VC Dr Md Akhtaruzzaman, said: “DU is run according to the 1973 ordinance in a democratic way, and a decision of the quorum is necessary before any decision is taken regarding this issue.”