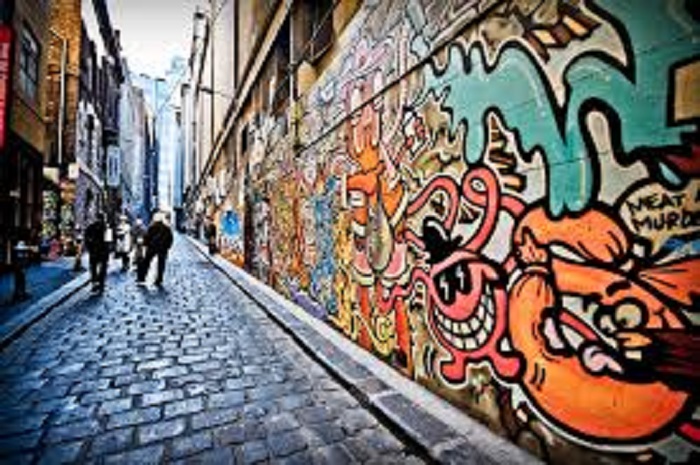 A group of people has defaced a laneway in the Australian city of Melbourne, spraying paint over its world-renowned street art and graffiti which has accumulated over decades.

A video posted to social media on Sunday showed over 10 perpetrators, with their faces covered, spraying paint from adapted fire extinguishers across the walls of Hosier Lane in broad daylight.

The motivation for the attack is unclear but Melbourne Lord Mayor Sally Capp described it as an act of vandalism and said that the matter had been referred to the police.

"Melbourne is the street-art capital of Australia. We recognize the importance of street art to our city's culture, particularly as an attraction for local and overseas visitors," she said in a statement.

"We see this act as vandalism, particularly given the damage they've done to the pavement and cobblestones."

Melbourne's street artworks greatly contribute to the city's international appeal and Hosier Lane itself attracts roughly 5,000 visitors per day, according to authorities.

However, some have speculated that the act was in fact a response to the commercialization of the laneway and was a means of recapturing the space for more radical street artists.

Director of Melbourne's new urban art and street art festival, Can't Do Tomorrow, Zoe Paulsen told Fairfax media that the group may have been making a cultural or political statement.

"There's a lot of conversation within the street and graffiti world about Hosier Lane," she said.

"It has become fairly commercial these days, with corporates commissioning artworks in the lane."

Paulsen said that most street artists accept that the nature of their medium being temporary and that artists will likely emerge to paint over the vandalism and make their own mark on the iconic walls.

"So many artists in the lane know their work can be there one day and gone the next," she said.

"They have provided the space with a whole new canvas."