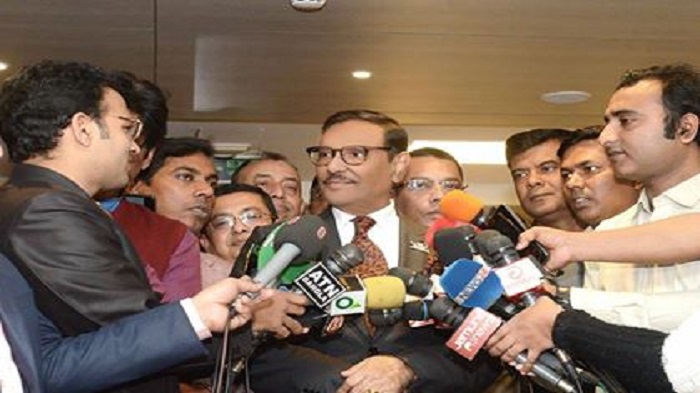 Road Transport and Bridges Minister Obaidul Quader today said the construction work of Padma bridge will not be affected due to coronavirus as precautionary measures have been taken about Chinese nationals working under the mega bridge.

“Chinese workers especially those who returned to Bangladesh from coronavirus-stricken China since January 18 are kept out of work before a 14- day period is over,” Quader told journalists during a press briefing at his secretariat office here. He said around 1,000 workers have been working under the project and of them, 150 usually go on shifting leave at a time. So, it will not hamper the construction work of Padma Bridge, he added.

About the DSCC and DNCC elections, the Awami League general secretary said the overall environment of the elections is good till now. But one matter is worrying that is organizing outsiders, including armed-goons, ahead of the elections, he said, adding that there is information that armed terrorists can hamper overall environment during voting in the name of guarding the polling booths.

“We’ve information that BNP is organizing outsiders, including notorious criminals, in Dhaka from different parts of the country that can hamper the peaceful elections. For this reason, we have requested the Election Commission to bring the situation under its vigilance,” he said.

Replying to a question, Obaidul Quader said law enforcement forces are now under the jurisdiction of the Election Commission and the law enforcers will work as per orders of the EC.

He said AL expects peaceful and fair elections. People want to exercise their right of franchise and AL wants the people to cast their vote in favour of their candidates. Though the EC is mainly responsible to maintain peaceful election environment, political parties that are participating in the elections must play due role in this regard, he added.

As a ruling party, AL is playing a constructive role in maintaining peaceful election atmosphere, said the AL general secretary.