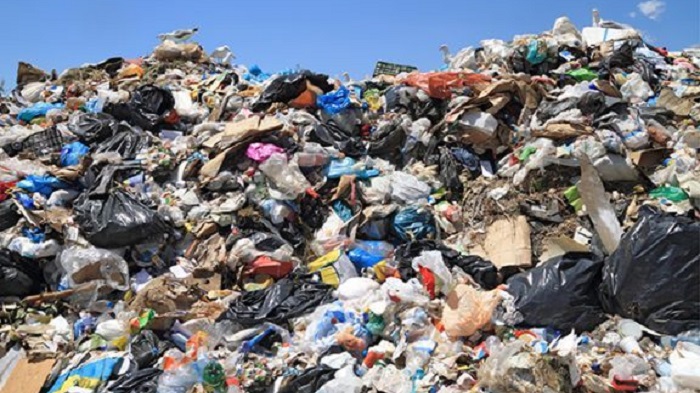 Over 10,000 tons of laminated plastic waste is generated in Dhaka every year which is not only a health hazard, but also wrecking havoc of the environment.

Environment and Social Development Organisation (ESDO) in its study on “Thermal lamination films: An Increasing Health Hazards and Environmental Havoc of Dhaka City” disclosed the findings on Tuesday.

The study focused exclusively on laminated posters, leaflets, stickers being used in the city which are not recyclable and which may cause serious health and environmental problems for the city dwellers.

This year an estimated 304 million plastic-laminated posters have been printed and displayed by the election candidates of the two city corporations.

Other than the posters, stickers, general cards and volunteer ID cards used for promotional purpose are also covered with plastic lamination sheets.

An estimated 2472 tons of laminated plastic waste have been generated within 12 days of the DSCC & DNCC elections campaign.

ESDO called for immediate preventive actions in this regard for the sake of public health and environmental protection.

Particularly, they requested the Bangla Academy authorities and other exhibitors to stop and not allow laminated posters, leaflets, and stickers in the upcoming Amar Ekushey Bookfair, tradeshows and exhibitions scheduled throughout 2020.

ESDO Chairperson Syed Marghub Murshed said as ESDO started its campaign against laminated posters and other plastic-coated materials at the beginning of two DCC election campaigns; taking the issue into account, the High Court division ordered the authorities concerned to immediately stop production and display of laminated election posters in order to save environment.

The court also asked the authorities to properly dispose of the laminated posters which have already been produced and displayed in Dhaka ahead of the city corporation elections. ESDO hopes that this situation will be considered seriously and steps to regulate and ban such plastic coating will be taken immediately.

ESDO study finds that most popular newspapers with significantly higher circulation come up with at least one plastic-laminated advertising leaflet on regular basis by the hawker.

Apparently, an estimated 227 tons of waste is produced from the laminated leaflet materials provided by the popular daily newspapers. For the study purpose, top 5 newspapers have been considered in this regard.

ESDO Chairperson Syed Marghub Murshed said considering the gravity of the plastic pollution situation, ESDO, along with the other NGOs, did a writ petition with the High Court Division that resulted in an order to the authorities concerned to enforce ban on polythene bag and stop using single-use plastic by 2021.

Eventually, the laminated plastic waste, like other waste materials, find their way into dumping stations and drains contributing to massive pollution.

According to the experts, the plastic waste will create serious waste management and environmental hazards, leading to an epidemic of water and airborne disease.