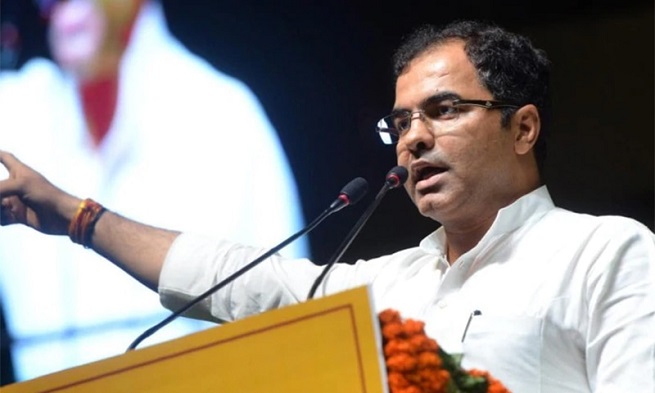 A lawmaker from India's ruling Bharatiya Janata Party (BJP) on Tuesday, while vying for votes in the upcoming Delhi election, resorted to hateful comments about Indian citizens protesting against the government's controversial citizenship law.

In an interview with Asian News International, Parvesh Verma said the protesters gathering at New Delhi's Shaheen Bagh to demonstrate against the country's controversial citizenship law will "force their way into people's home and rape their daughters and sisters before killing them".

He added that New Delhi voters must think carefully about which party they will choose in the upcoming elections.

Hundreds of women have been blocking Shaheen Bagh for more than four weeks in protest of the Indian government's Citizenship Amendment Act and the National Register of Citizens . The women have inspired thousands across India to replicate their challenge to the Hindu nationalist government.

"If the BJP forms a government in [New Delhi] not a single protester will be found at Shaheen Bagh," the Times of India* reported the lawmaker as saying.

According to the publication, Verma also vowed to remove all mosques built on government land.

Appealing to the people of New Delhi, Verma called on them to carefully consider their options and "wake up while there was still time."

"Prime Minister Narendra Modi and Home Minister Amit Shah will not come to save you tomorrow," he said while speaking to ANI.

A day before these remarks, BJP leader Anurag Thakur had encouraged the participants of a rally to shout inflammatory remarks, calling for the "traitors" of the country to be shot. According to Scroll.in, Thakur was referring to those protesting against the new citizenship law.

Critics have said that India's new law is discriminatory as it singles out Muslims, who make up nearly 15 per cent of the country's population. Under the law, persecuted Hindus, Sikhs, Buddhists, Jains, Parsis and Christians who fled Pakistan, Bangladesh and Afghanistan prior to 2015 will be granted citizenship.

The Indian government says that Pakistan, Afghanistan and Bangladesh are Muslim-majority countries, therefore Muslims cannot be treated as persecuted minorities, which is why they have been excluded from the citizenship offer.

Critics however have lambasted the BJP-led government for including religion as a criterion for citizenship, arguing that it goes against secular principles, India's constitution and the country's international obligations to prevent the deprivation of citizenship on the basis of race, colour, descent, or national or ethnic origin.