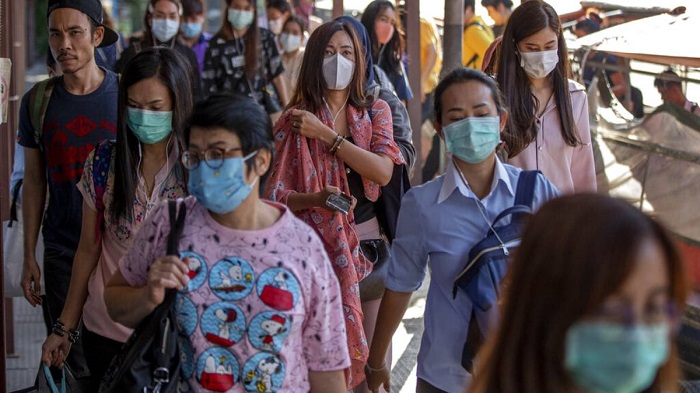 Foreign Minister Dr AK Abdul Momen on Tuesday reiterated its readiness to bring back Bangladesh citizens, willing to return from Wuhan city of China, once China lifts the ongoing 14-day restriction in the city that faced lockdown over the coronavirus outbreak.

“We’re fully ready but we can’t bring them (Bangladesh citizens) until Chinese government allows us,” he told reporters after attending a programme in the city.

The Foreign Minister said the government remains cautious but not panicked. “We don’t want to create any panic.”

On Monday night, the Foreign Minister said Prime Minister Sheikh Hasina directed all concerned to bring back Bangladeshi citizens, willing to return from China, after at least 14 days as the Chinese government will not allow anybody to leave before that.

"The government has made all the arrangements and arranged a C-130 flight. However, as the Chinese government won’t allow anyone to leave at least for 14 days, (as a precaution to identify the virus), we’ll bring them after at least 14 days," he told UNB.

China refused to allow anyone, including students of the USA, India and Sri Lanka, to leave their residences for at least 14 days, Dr Momen said.

Responding to a question, the Foreign Minister said they discussed the issue in the cabinet and kept an aircraft ready to bring back Bangladesh citizens who are willing to return.

He said the government is in touch with the students there and established a group communication.

There are about 400-500 Bangladeshi students in Wuhan, according to the Foreign Ministry here.

Bangladesh Embassy in Beijing has set up an email group of 245 so far.  It has also set up a 24/7 hotline.

Health Minister Zahid Maleque on Tuesday said there is nothing to worry about coronavirus as no such patient has been detected in Bangladesh yet.

“We’re working so that the virus cannot enter Bangladesh,” he said adding that the government is fully ready to face the situation even if the virus infects anyone.

Chinese researchers have selected 30 existing drugs, biologically active natural products and traditional Chinese medicines which may have therapeutic effects on the novel coronavirus for further tests, according to the Chinese Academy of Sciences (CAS), reports Xinhua from Beijing.

A joint research team of scientists from the Shanghai Institute of Materia Medica under the CAS and ShanghaiTech University is searching for drugs to combat the novel coronavirus (2019-nCoV), which has claimed 106 lives and infected 4,515 people nationwide in China as of the end of Monday.

The Mpro, which controls the activities of the coronavirus replication complex, is an attractive target for therapy.