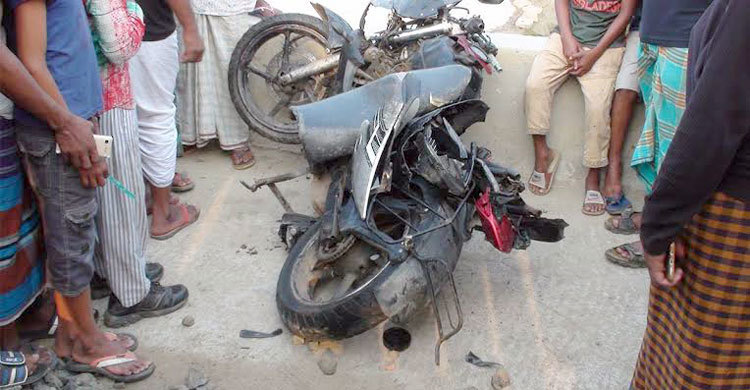 Three tenth-grade students were killed and another was severely injured when a train rammed their macrocycle at Biswanathpur rail crossing in Kashiani upazila of Gopalganj on Tuesday.

All of the victims are tenth-grade students of Joynagar High School of Kashiani upazila.

Injured Md Sohan, son of Md Ahad Talukder of the upazila, also a student of the school and sustained critical injuries in the incident.

Azizur Rahman, officer-in-charge (OC) of Kashiani Police Station, said the train crashed into the motorcycle at the crossing at Biswanathpur around 2:30pm when the trio was trying to cross the rail tracks, leaving them dead on the spot.

The bodies were sent to Kashiani Health Complex, he said.