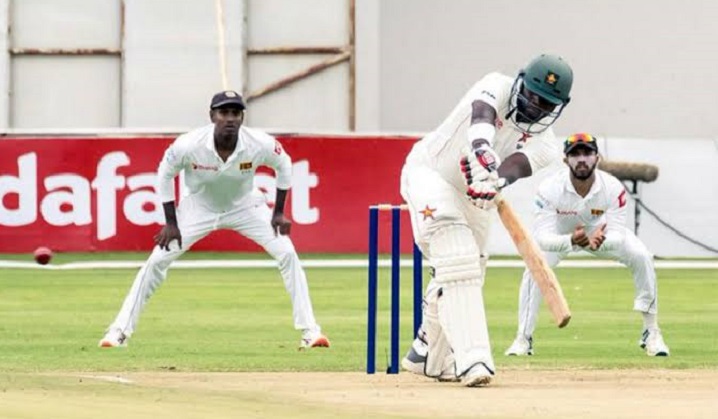 Zimbabwe captain Sean Williams won the toss and chose to bat first in the second Test against Sri Lanka in Harare on Monday.

Zimbabwe made two changes to the side that lost the first Test by 10 wickets last week.

Carl Mumba replaces fast bowler Kyle Jarvis who suffered a back injury in the opening Test while all-rounder Tinotenda Mutombodzi, who bowls leg-spin, comes in for his Test debut ahead of Ainsley Ndlovu.

"Lots of positives with a lot of new guys, but a couple of hurdles and decisions that we didn't do well," said Williams reflecting on the first Test.

"Also the spin department needs to tighten up."

Opening batsman Kevin Kasuza, who was 'substituted' for the second innings last week after being hit on the head while fielding at short leg, has recovered to retain his place in the XI.

"I think the bowlers are good enough to take wickets on any wicket," said Sri Lanka captain Dimuth Karunaratne.

With the Test taking place on the same ground as the game that finished just three days ago, the pitch has had less preparation and is a lot drier, suggesting a more difficult surface for the batsmen which will favour the spinners as the game goes on.