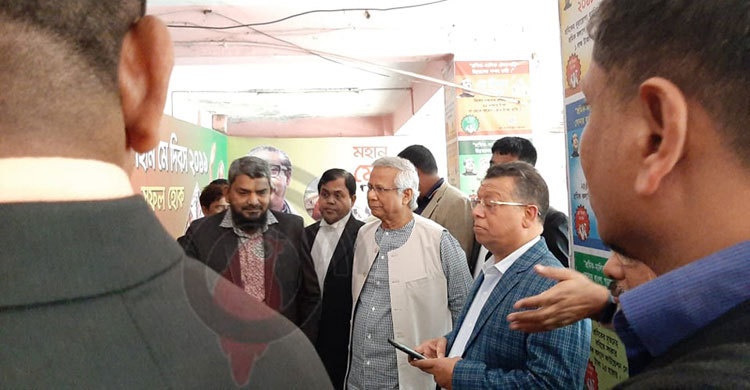 Earlier on January 13, the court summoned the Grameen Communications Chairman, and three others, to court.

On January 5, Department of Inspection for Factories and Establishments Labour Inspector (general) Tariqul Islam filed a case with the Dhaka 3rd Labour Court against Dr Yunus and the three others for violating 10 rules of the Labour Act.

According to the case statement, the plaintiff found violations of several labour rules when he visited the Grameen Communications office on October 10, 2019.

On April 30, last year, the organization was asked to fix their faults and on May 7, Grameen Communications submitted their written explanations that were not satisfactory, it said.

The plaintiff on October 10, 2019, again visited the organization and found proof of violation of 10 sections of the labour law and asked them about it on October 28, 2019.

The defendants took time for giving their statements but they did not do so and they violated the labour law, the case details mentioned.

On July 3, 2019, sacked Grameen Communications Workers, Employees Union general secretary Abdus Salam, publicity secretary Shah Alam, and another person filed three cases against Yunus, after they were sacked in June for forming a trade union at the workplace.