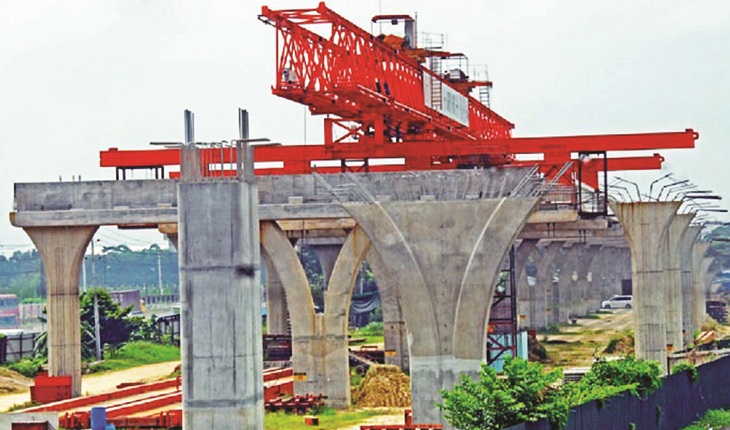 Work of Dhaka elevated expressway is likely to shift to a higher gear from next month as uncertainty surrounding project financing is going shortly.

The project, being implemented on a public-private partnership (PPP) basis, was moving slowly because of the funding problem by the private partner.

“The project is being implemented on PPP basis. The government portion has faced no fund crisis, but the private partner has been struggling to arrange funds. The problem has now gone,” said a bridge division official.

“The company has collected funds from China. We’ve examined different aspects of the financing process and there is no problem,” he added.

By December last, the project saw only 18 per cent progress while its support project funded by GoB advanced 74 per cent, according to official data.

“We hope that project work will start in full swing from February as the financing problems have been overcome. The pace of work will increase manifolds,” a project official said.

The meeting was informed that the physical progress of the project’s first phase was 55 per cent but overall progress was 18 per cent.

The project is being implemented to construct 47.73km elevated expressway including the ramp from Hazrat Shahjala International Airport to Kutubkhali of Dhaka-Chattagram highway to ease traffic gridlock in Dhaka.

Its total estimated cost is Tk 89.40 billion of which Ital-Thai company is providing Tk 64.44 billion and the government nearly Tk 25 billion as viability gap fund (VGF) from the state coffer.

The project is being implemented in three phases. 7.45km of the expressway is being constructed in the first phase, 5.85km in the second phase and the rest part in the last phase.

The government is implementing a separate project called ‘Support to elevated expressway PPP’ spending Tk 48.69 billion, which so far advanced 74 per cent. It is being implemented mainly for land acquisition work.