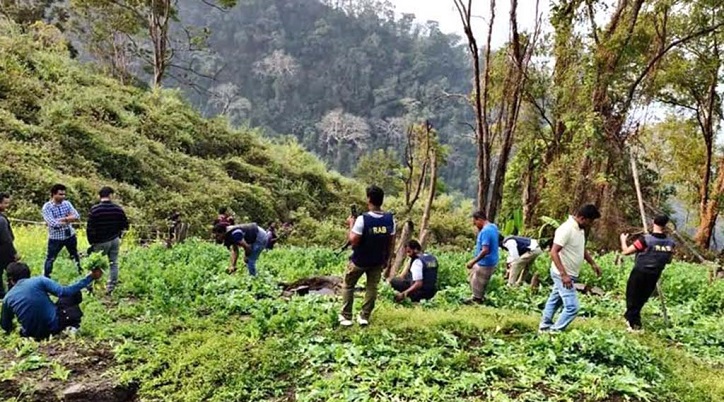 The Rapid Action Battalion (Rab) on Friday found and destroyed some poppy fields in a remote hilly area in Ruma upazila of Bandarban.

Poppies were being cultivated across seven acres of land deep inside the forest in Keokradong, Mizanur Rahman Bhuiyan, assistant director of RAB’s legal and media wing told media.

Law enforcers have launched a search for the owner of the farm and a case will be soon filed in this regard, he added.

RAB also recovered around sixty kilograms of poppy nectar from the four fields. Later, the elite police unit torched the fields and the nectar, sources said.

Poppy plants are key ingredients used in the production of opium, which can be used to make heroin and other synthetic opioids.