Tigers off to Pakistan to play T20 series 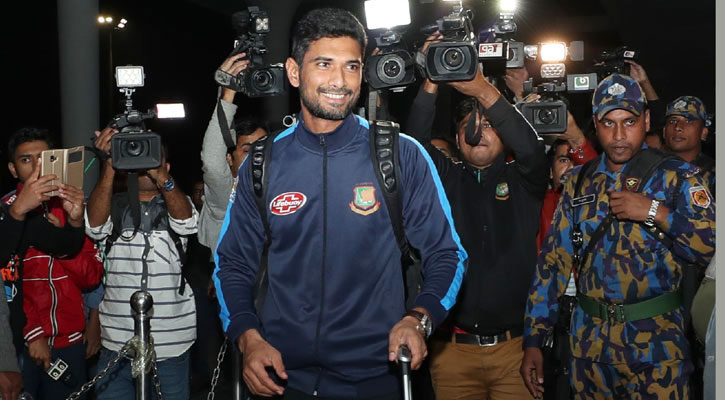 The Bangladesh national cricket team left Dhaka for Lahore on Wednesday night to play a three-match T20 Internationals against Pakistan.

This is the first phase of the bilateral series in which they would also play two tests and an ODI in two more phases.

BCB president Nazmul Hassan Papon and other directors are expected to join the side in Pakistan later.

The Tigers, however, travelled to Pakistan without veteran wicketkeeper batsman Mushfiqur Rahim and five members of their support staff, who opted out of the series due to family concern.

The first T20 is on Friday while the second and third are on January 25 and 27. All of the matches will be held in Lahore.

“We are focused onto cricket only,” said Bangladesh all-rounder Soumya Sarkar ahead of leaving the country.

“We have high expectation with the tour. Everyone in the team played really well in the BPL. Hopefully, we can continue this in Pakistan also.”

Individually Soumya wants to give his best in both batting and bowling.

“Whenever the opportunity comes, I will try to give my best in both batting and bowling,” he added.

“Since some senior players are not in the team, I will also try to be more responsible. Hopefully I can play my role well.”