Malaysia sent back tons of plastic waste to rich countries 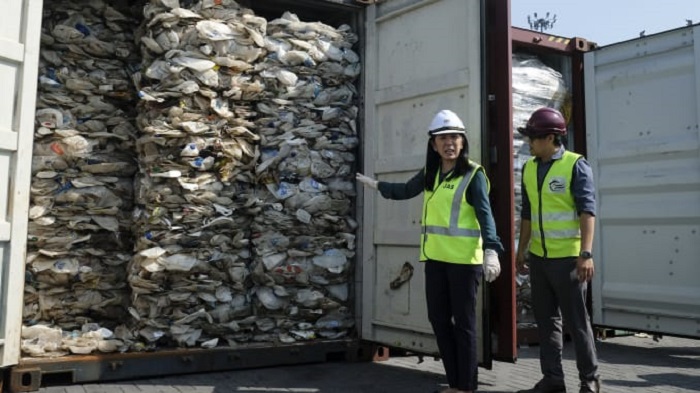 Malaysia has sent back 150 shipping containers of plastic waste to rich countries including the United States, United Kingdom, France and Canada, insisting it won't be the "garbage dump" of the world.

The country has been inundated with shipments of illegal plastic waste since 2018, when China cracked down on a large recycling industry.

Malaysia subsequently emerged as a major target of illegal waste trafficking, but its government has attempted to tackle the reputation and has returned shipments of waste in the past.

On Monday the country's environment minister, Yeo Bee Yin, said she ordered 3,737 metric tons of trash to be returned to 13 countries.

The government will seek to ensure that "Malaysia does not become the garbage dump of the world," Yeo added in a lengthy Facebook post.

The countries from which the waste originated and the shipping companies covered the cost of the returns, she added.

China banned imports of plastic waste two years ago, as part of an initiative to clean up its environment. That move caused a ripple effect through global supply chains, as middlemen sought new destinations for their trash, including Malaysia.

A recent Greenpeace report found that during the first seven months of 2018, plastic waste exported from the US to Malaysia more than doubled compared with the previous year.

The row is also playing out in the Philippines, which locked horns with Canada over tons of plastic trash last year.

In May, the governments of 187 countries, including Malaysia, agreed to add plastic to the Basel Convention, a treaty that regulates the movement of hazardous materials from one country to another, to combat the dangerous effects of plastic pollution worldwide. The US was not among them.