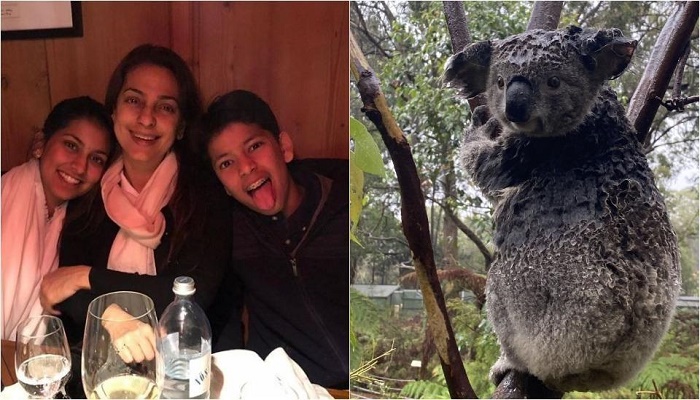 The actor says her son has sent 300 pounds (about Rs 28,000) from his pocket money to the Australian fire relief fund.

According to reports, bushfires in Australia have killed over 25 people, decimated Australia’s wildlife, and are expected to rack up historically high damage costs of multiple billions of dollars.

Talking about her son’s gesture, Juhi said: “I recall he had mentioned to me that 500 million animals have been killed in the Australian bushfires and he asked me ‘what are you doing about it?’ I said I’m helping plant trees in our country in the Cauvery Calling project.”

“That was it. A day later he said ‘I’ve sent 300 pounds from my pocket money. I hope it goes to the right place’. I am really happy and grateful to God. I feel so good knowing his heart is in the right place,” she added.

Arjun is currently studying in a boarding school in the UK.