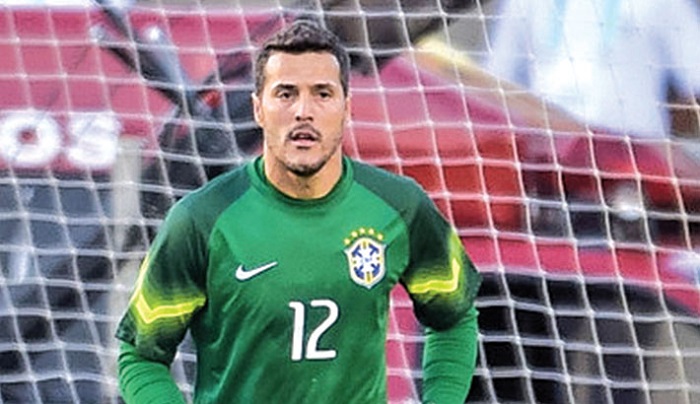 Bangladesh Football Federation (BFF) has finally announced that former Brazil goalkeeper Julio Cesar will be coming to Dhaka on Wednesday.

He will pay a courtesy visit for the ongoing six-team Bangabandhu International Gold Cup Football Tournament 2020.

Cesar is scheduled to watch the second semifinal of the meet on January 23 at the Bangabandhu National Stadium in the capital.

BFF President Kazi Md Salahuddin made the announcement at a press conference at BFF house in Motijheel on Friday.

Besides, he was also the member of Italian club Inter Milan, which clinched the UEFA Champions League 2009-10 and the FIFA Club World Cup 2010 titles.

Cesar also won Serie A Goalkeeper of the Year title in both 2009 and 2010 and won the Golden Glove award in the Confederations Cup 2013.