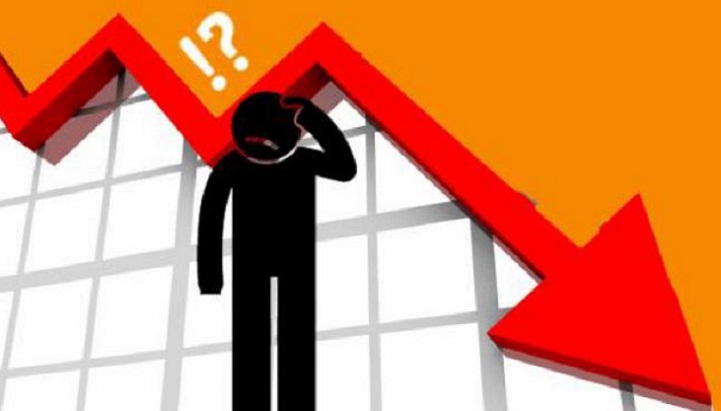 Commercial banks in Bangladesh are unable to lend funds for large investment due to a lack of healthy deposit volume, affecting the country’s growth and development prospects.

Despite a mushroom growth of banks in Bangladesh, banks are performing poorer than banks of other developing countries, experts said.

The number of banks is also increasing in the country, the economy is also rapidly evolving, whereas the investment capacity of the banks has not increased to meet the growing domestic financial demand, economists said.

The ratio of investment and GDP of banks is still below 40 per cent. A large portion of this investment (lending) has also become classified. It means that there is a weakness of the banking sector both in lending capacity and handling bad loan capability, they said.

The banking sector has played an important role in GDP growth in every country in the world. A country’s economy reaches its ideal state when its investment capacity (lending) is 70 per cent of the GDP, the experts said citing data from the World Bank (WB) and International Monetary Fund (IMF).

Malaysia, Vietnam and South Korea only have a handful of banks. But their banking sector’s investment capacity is more than 100 per cent of their GDP’s volume. Many global economic researchers were surprised by the number of banks in Bangladesh and their low investment capacity.  Global economic partners including the World Bank and IMF suggested Bangladesh several times to reform the banking sector for ensuring good governance in both banks policy and management level.

The ministry of finance failed to implement most of the suggestions due to lack of prudential leadership in the ministry to overcome political and bested quarter of the influential group, said former Bangladesh Bank deputy governor of Khondkar Ibrahim Khaled.

“There are strong rules and regulations for operating commercial banks and financial institutions in the country, only good governance and dedicated professional in this sector can implement those effectively,” he added.

He also warned about the volume of bad loans and emphasized on establishing a fresh image of the sector by recovering each and every penny from the defaulters.

During the time of the booming economy in 1998, Malaysia’s banking sector investment ability was 152 per cent of its GDP, which still remains over 101 per cent of their GDP.

During the period of high GDP growth, the ratio of bank investment and GDP in South Korea rose to 180 per cent that is now 148 per cent.

The size of Bangladesh’s GDP is about $350 billion. The number of commercial banks is 59. But loan investment ability of banks is only 37 per cent of GDP of which 12 per cent default loan and distressed loans are more than 25 per cent.

Many bankers said the number of banks in the country is more than necessary, but no bank has the ability to invest large funds.

There is no bank that has the capability to even open LCs independently. To increase the ratio of investment and GDP, the number of banks capable of dealing with risk has to be increased. For this, there is no alternative to forming a large bank by consolidating multiple banks, they said.

Former chairman of the Association of Bankers Bangladesh (ABB), Anis A Khan, told the Daily Sun that the number of banks in Bangladesh is much higher compared to the size of the economy.

“Due to low capital-equity ratio of banks, it is not possible for any bank to make large investments. Banks need to raise capital to lend funds for large investments. That’s why it’s time to take the initiative to transform some banks into a bigger bank,” he said.

“Without mergers and acquisitions, no alternative is open to the banks of the country; it is not possible to increase the ratio of investment and GDP. We have to build a big bank to handle the debt crisis,” he suggested.

Maybank Limited is recognized as the largest bank in Malaysia. The bank’s assets also exceeded $165 billion.

On the other hand, Sonali Bank Limited, the largest bank of Bangladesh, has less than $ 15 billion. About half of the bank’s private-sector loan is classified. The state-run bank is also receiving capital from the government for years. Still, Sonali Bank has not been able to overcome the capital deficit.

Islami Bank Limited is the second largest bank in the country. The bank’s asset is worth below $12 billion.

BRAC Bank chairman and executive director of the Policy Research Institute (PRI) Ahsan H. Mansour said the ability of banks has to increase to raise the investment and GDP ratio.

“The size of the country’s economy is not ideal for so many banks. In a small economy, more than half of the banks are competing for product sales. This is why the bank’s default loans are increasing, while at the same time, the lending capacity is diminishing,” he said.

He said China’s investment and GDP ratio is more than 200 per cent. All the countries around the world have increased the investment of banks during the boom of the economy. But in Bangladesh, the ability of banks to lend money has been decreasing while increasing investment in Bangladesh.

“To boost the investment capability, banks need to increase the volume of their deposits. It is not possible to extend the scope of investment without a healthy deposit. People in our country are still accustomed to cash transactions. As a result, huge amounts of money are being left outside the banking sector. In order to increase the investment capacity of the bank, the deposit has to be put in banks by building people’s trust in the banking sector,” he added.