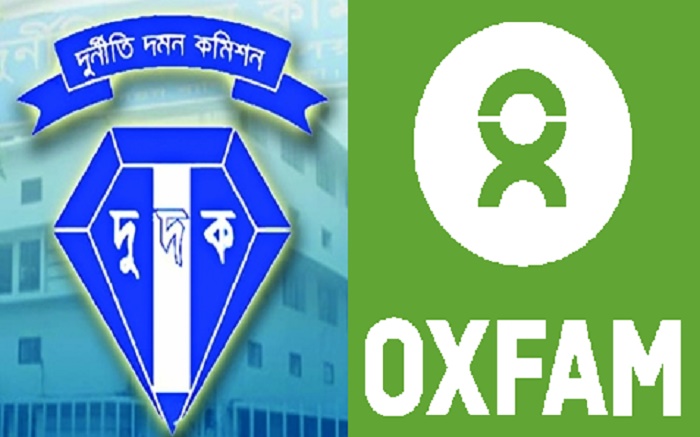 International agency Oxfam and the Anti-Corruption Commission (ACC) have signed a Memorandum of Understanding (MoU), aiming to strengthen anti-corruption activities in the country.

The new partnership with ACC marks a new chapter in Oxfam’s relations with the government of Bangladesh, said a press release issued on Thursday.

Dr Dipankar Datta, Oxfam in Bangladesh’s Country Director and A K M Sohel, Director General (ICT & Training), ACC signed the five-year MoU on behalf of their respective sides at the ACC head office in the city.

ACC and Oxfam are launching a national debate competition which will pave the way of creating mass awareness about corruption.

Under the signed MoU, Oxfam will also work with ACC as knowledge partner in the areas of research and campaign to reduce inequality in the society by preventing corruption.

Dipankar Datta said, “We hope that a better understanding of the phenomenon of corruption and its relationship to good governance will help improving our efforts to reduce inequality and poverty. The national level debate competition will essentially contribute to that understanding, especially for the young generation who will lead the country in the nearest future.”

The ACC-Oxfam National Debate Competition will reach more than 28,000 high schools across Bangladesh. Besides, both the organization will organize essay writing, citizen’s dialogue and other awareness events through out the year across Bangladesh.

ACC Secretary Md DilwarBakth said the government follows ‘zero-tolerance’ policy when it comes to address corruption. “We believe that corruption can be eliminated from our society and prevention is the only effective method to achieve that. In order to achieve that goal, we are partnering with organizations like Oxfam,” he said.

Oxfam’s recent study finds that last year, the poorest half of the world became 11% poorer, while billionaires' fortunes rose 12% - or $2.5 billion every day. The gap between the richest and poorest people is growing. While people at the top get influence, opportunities and power, the poorest people miss out on the basics they need - like schools, jobs and healthcare.

Oxfam is working globally with governments to reduce inequality from the societies. Oxfam believes that a corruption free society will enable citizens to have better access to essential services including education and healthcare, greater rights for women and increased support for poor and marginalized.