Alia Bhatt's first look from Gangubai Kathiawadi is out 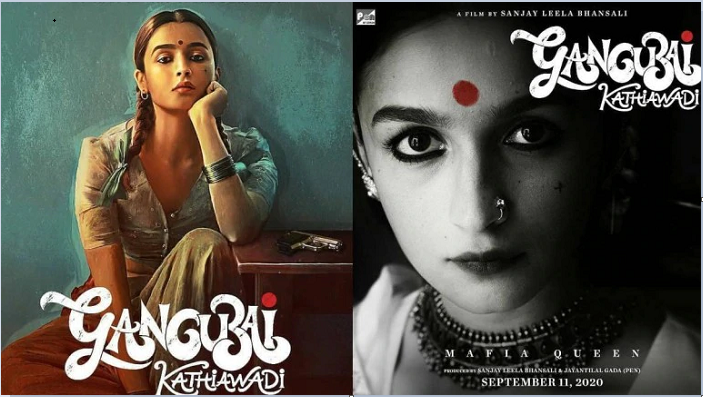 The first-look posters of Alia Bhatt's next with Sanjay Leela Bhansali, Gangubai Kathiawadi, have been released. The 26-year-old actress plays the titular role of a mafia queen in the film.

Bhansali Productions took to social media to release the first-look posters of Gangubai Kathiawadi. The posters show Alia Bhatt in two different looks. In the first look, the actress is seen as a young girl with two pigtails with ribbons. She can be seen wearing a blouse and a skirt with bangles on her wrists. A gun can also be seen placed on a table near Alia.

In the second poster, which is a close-up shot, Alia Bhatt looks a little matured, sporting a big red bindi. She has her nose pierced and wears a traditional Kathiawadi nose ring. A big choker is spotted on her neck. Her eyes, loaded with kajal, look resplendent.

Alia Bhatt also took to social media to share the first look of her character in the Sanjay Leela Bhansali film. Along with the posters, she wrote, "Here she is, Gangubai Kathiawadi."

The shooting of Gangubai Kathiawadi began in December last year. Alia Bhatt took to her Instagram to share a picture of her vanity van which had a sticker with Gangubai written on it. Along with the picture, she wrote, "Look what Santa gave me this year."

Announcing the film, Alia Bhatt had tweeted, "A name you’ve heard a story you haven’t. #GangubaiKathiawadi. This one’s going to be special!! Directed by #SanjayLeelaBhansali, releasing 11 September 2020."