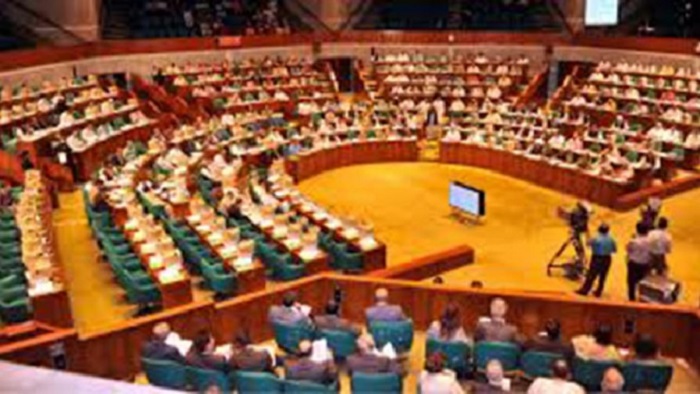 Members of Parliament—both from the treasury and opposition benches—on Tuesday demanded that rapists be executed in crossfire to eliminate this heinous social crime from the country.

Jatiya Party (JP) MP Mujibul Haque Chunnu initiated the issue while talking on point of order in the House saying that the highest number of rape incidents took place in 2019.

Chunnu demanded the Speaker fix a day in parliament suspending all other businesses of the House and hold discussions on how to get rid of this social crime.

Advocating for bringing amendments to the existing law, the JP MP said mere life term jail sentence cannot control the growing number of incidents of rape. “The provision of the death penalty should be incorporated in the law,” he said.

Pointing at Home Minister Asaduzzaman Khan Kamal, Chunnu said, “You’re putting people on crossfire as part of the fight against illegal drugs. But why aren’t you going for a single instance of crossfire in the case of rape.”

Joining the discussion, another JP MP Kazi Firoz Rashid said the incidents of rape have taken an epidemic turn in the country in recent times.

Regarding the rape incident of a Dhaka University student at Kurmitola and a garment worker at Dhamrai, he said: “When you’ll go to court to try the rapist, you won’t get any witness. Therefore, you’ll have to go for an encounter to get rid of this society of the rape menace.”

Pointing at human rights activists [who talked against killing in encounter], Firoz said, “You would have to understand [the pain of rape] if you or your mother or sister became victims of rape.”

Citing the example of a ganged-rape incident on a moving bus in Tangail, Firoz said further incidents of rape would not have occurred had these rapists in Tangail been killed in the crossfire.

Participating in an unscheduled discussion, ruling Awami League MP Tofail Ahmed said, “This is right we need to have a tougher law. But if we can take instant actions through crossfire in the case of a drug-related issue, then why we can’t follow it in the case of rapists?” questioned the senior AL MP.

“The man whom we know he has committed this act (rape) doesn’t have any right to live on in this world anymore,” he asserted.