Ibrahimovic off the mark as AC Milan get back winning 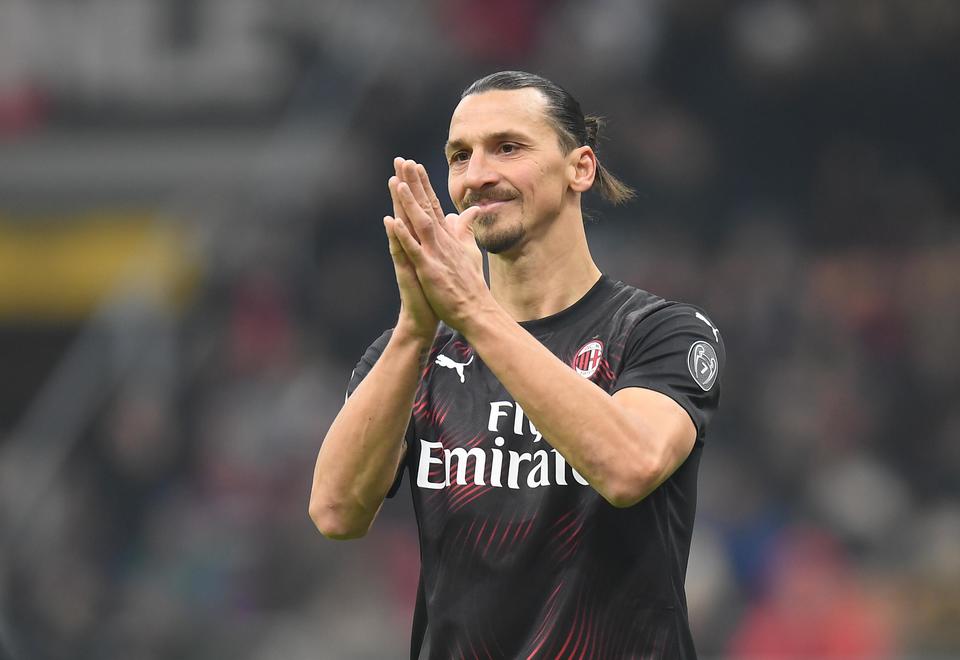 Zlatan Ibrahimovic marked the first start of his return to AC Milan by scoring in a 2-0 league win over Cagliari on Saturday.

The 38-year-old Swede had come on as a substitute in AC Milan's goalless draw against Sampdoria last weekend, days after his return to Italy.

Ibrahimovic met a cross Theo Hernandez after 64 minutes in Sardinia with a low-first time shot into the far corner. It was his first Milan goal since leaving the club for Paris Saint-Germain eight years ago.

Portuguese forward Leao, 20, had struck the opener just after the break as Milan got their first win in just over a month.

AC Milan move up to eighth in the Serie A table, 10 points off the Champions League berths.

It was a disappointing performance for Cagliari as the Sardinians unveiled the new jersey to mark the 100th anniversary of the club this year.

Ibrahimovic started up front alongside Leao, who had described the towering Swede "as a big brother" during the week.

With the Italy international off his line, Cagliari's Uruguayan midfielder Nahitan Nandez hit a lob but Donnarumma raced back to clear.

After the break Leao latched on to a Samuel Castillejo free kick with his shot taking a deflection over Olsen.

Ibrahimovic sealed victory for his first goal in the Milan jersey since May 2012, and 57th for the club.

He headed in a second past Olsen with eight minutes to go but the goal was disallowed as offside.

Serie A leaders Inter Milan host Atalanta later Saturday looking to keep ahead of champions Juventus who travel to Roma on Sunday.

Lazio, among the title challengers, three points behind the leaders in third, host struggling Napoli looking to extend their winning league run to ten games.