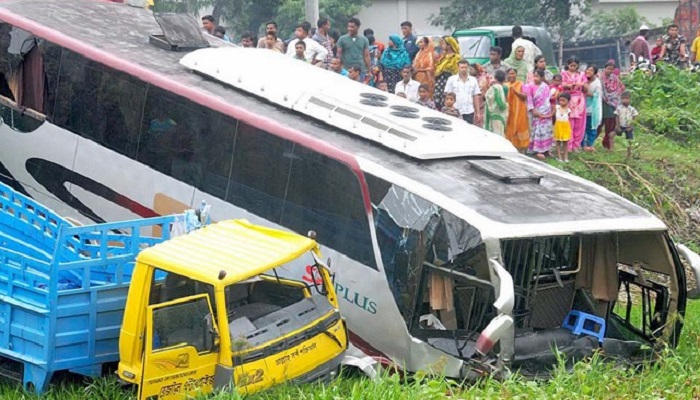 According to the report, 469 people lost lives and 706 others received injuries in 482 railway accidents between January 1 and December 31 last year, while 219 persons were killed, 282 were injured and 375 other remained missing in 203 riverway accidents in the same period.

Bangladesh Jatri Kalyan Samity found the figures while compiling a report titled “Annual Road Accident Report”. The platform revealed the statistics at a press conference at the auditorium of the Crime Reporters' Association of Bangladesh (CRAB) in the city's Segunbagicha on Saturday.