Troll wants FBI to investigate Swara, she hits back with savage response 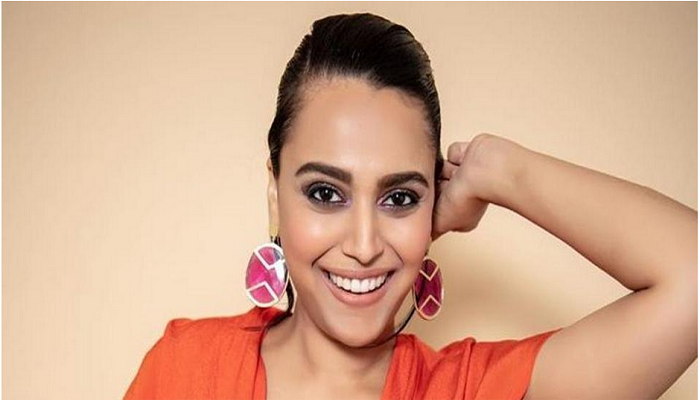 A Twitter user wanted the CBI and FBI to launch a joint investigation into Swara Bhasker’s nationality. The actor hit back with a sassy reply.

“Basically, if I’m not involved in a #twittercontroversy once a week, assume I’m dead!!! #realisation,” Swara Bhasker’s pinned tweet reads. Indeed, the actor is always at the centre of some controversy or the other on social media.

This time, Swara’s citizenship is being questioned, after she remarked on the sidelines of an anti-Citizenship Amendment Act (CAA) protest that she has no documents. In the video, she expresses fear that her name may be left out of the National Register of Citizens (NRC).

One Twitter user shared a video of Swara’s comments, alongside that of spiritual guru Sadhguru Jaggi Vasudev’s, in which he asks those who are unable to provide any proof or documents of their domicile in India, “Who the hell are you?” He sought a joint enquiry into the actor’s citizenship by the Central Bureau of Investigation and the United States’ Federal Bureau of Investigation and wrote, “FBI, CBI should investigate jointly to find out who is @ReallySwara. She is the only sample in the world who has no proof of her identity. #CAAJanJagran.”

Swara hit back with a savage response. After a series of laughing emojis, she wrote, “FBI?????? I love how Bhakts make me so worthy as to have the FBI pursue me!”

Swara has been one of the most vocal critics of the Citizenship Amendment Act. Last week, she, along with her Raanjhanaa co-star Mohammed Zeeshan Ayyub, raised her voice against the new legislation at the Jamia Millia Islamia University in Delhi.