A Toxic Life for Dhaka Kids 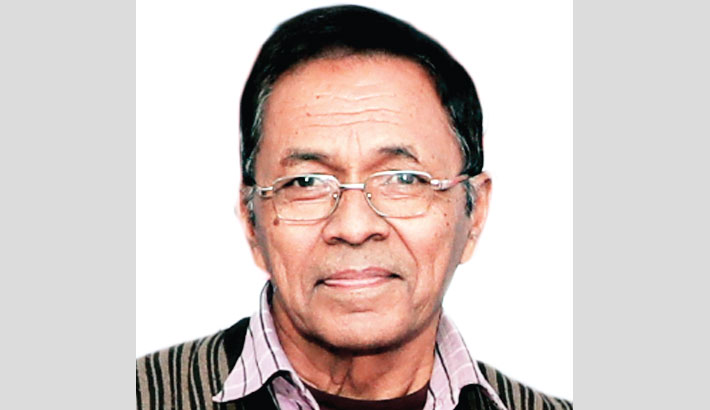 Nearly 1.7 crore people live in the Bangladesh capital of Dhaka. Rapid urbanisation has put a massive strain on the capital and has created a host of problems that are not easy to handle. Worst of all is air pollution. In the winter, it becomes the most polluted city in the world.

In the morning of December 14, Dhaka’s air quality was the worst in the world, according to Air Visual, a US-based organisation that tracks air pollution. Dhaka’s air had almost 7.5 times more than the acceptable level of floating particulates in the air at least at one point in the day.

Polluted air has increased the birth of babies with different disabilities, but that is another matter. What is the real concern is Dhaka’s air pollution is stifling its children mental and physical growths with many grappling with severe respiratory ailments. Children usually breath twice as fast and are outside on a longer period daily than most adults. Most of Dhaka kids suffer from air pollution-related illnesses. Respiratory, cardiovascular and neurological impairments abound among children and pregnant women in the city.

On the night of December 17, one-year-old-old Saheel became breathless. Both of his nose and throat were blocked. As he turned pale, his mother, Arzoo Begum, a resident of Malibagh rail gate area, rushed him to the emergency unit of the Dhaka Community Hospital (DCH) for treatment. A nebuliser was used to facilitate inhalation of medicine. But it did not help him breathe. Later, a suction pipe was inserted through his throat to send oxygen to the lungs. This stabilised him temporarily and finally he was referred to the paediatric intensive care unit of the hospital. But, how many people can afford to bear the high treatment cost?

On-duty doctors of the hospital blamed Dhaka’s air pollution for the kid’s sufferings. These children already have vulnerable health. When affected by air pollution, their condition worsens. But, these children lead a comparatively healthy life in absence of air pollution. The air pollution situation has become so severe that it has been labelled a health crisis, particularly for children who continue to suffer the most. There has been a sharp rise in respiratory diseases. The number of children requiring a nebuliser has increased dramatically.

The spike started on the outset of winter. Dust generated by construction projects such as the metro rail, among others, permeates the air in addition to the plumes of smoke emitted by nearby brick kilns. The affected children develop symptoms such as inflammation of the nose and lungs as well as prolonged nasal discharge. They face problems during their sleep that results in long absence from school because of sickness.

Like Saheel, lots of children face the same ordeal. The children who suffer from asthma, their lungs become hypersensitive. A sore throat has become a part of life for them. Air pollution increases their dependence on medication for daily functioning.

Recovery takes a longer period. In most cases, it takes several weeks of nebulisation to bring under control viral infections among tiny tots. As temperatures dipped in December, their wheezing turns unbearable. The prevailing circumstances compel doctors to take tough choices. High cost of medicines leads to a higher cost of treatment.

The World Health Organisation (WHO) has termed air pollution as the silent killer which causes over eight million child deaths every year worldwide. Children are more vulnerable than adults because they breathe more air, consume more food, and drink more water than adults in proportion to their weight. WHO estimates that environmental risks account for 25 percent of the disease burden in children under five. They are exposed to risk factors where they live, work, play and learn, unless preventive measures are taken against these. Among the diseases blamed on long-term exposure to air pollution are cardiac attacks and metabolic diseases. In the case of ailments linked to lung development, the patient becomes vulnerable when the lungs are smaller than normal, owing to air pollution.

The city residents have taken up short term solutions such as using masks. But, experts call for a deeper understanding of the causes of air pollution and a sympathetic response to them, especially when the source is traced to vulnerable sections of society. Most roads in Dhaka are beset with dust. Moreover, unplanned construction, smoke emissions from vehicles and burning of bricks are the major causes of air pollution ahead of winter every year. Growing concerns over the poor air quality eventually prompted the judiciary to step in as the court ordered the authorities to spray water in dust-prone areas of Dhaka city twice a day in a bid to curb pollution.

The Dhaka South City Corporation has no water supply of its own. It relies on Dhaka Water Supply and Sewerage Authorities (WASA) for the water which it sprays on different roads under its jurisdiction. But the DSCC was unable to continue its efforts this year as Dhaka WASA stopped supplying water, according to sources at DSCC’s Waste Management Department.

Sources in the Dhaka North City Corporations‘ Technical Division, is spraying water twice a day in the 500km area within its jurisdiction with the help of deep tube wells. But, the city corporation reportedly faces hindrance in spraying water on the roads due to traffic congestion. However, the city authorities must act proactively to clean up major roads by spraying water regularly.

Realistic steps should be taken to prevent the pollution caused by the brick fields. Immediate measures should also be taken to stop construction work which is violating the rules. It is heartening to note that the authorities have already closed down 130 traditional brick kilns in an effort to reduce air pollution. Efforts are underway to control it by closing brick fields, restricting road-digging activities, regulating construction of buildings, smoke emissions and waste burning. But, more should be done to resolve the public issue.

The Ministry of Environment and the Ministry of Women and Children’s Affairs need to work together to mitigate the sufferings of city kids as well as its residents. They should take both short-term and longer-term plans in this regard. Moreover, the Comprehensive Policy for Early Childhood Care and Development adopted by the government in 2013 should be materialised through coordinated efforts of all concerned.

Improved public transport and enforcement of construction rules will go a long way in lessen the public menace. Dhaka residents are eagerly waiting for new DSCC buses that its mayor announced for purchasing recently.

The issue is far more serious and it must be resolved without further delay. Dhaka residents, civil society members, academic institutions and the private sector need to recognise their obligations, and stand up to correct the situation for a healthy life of our future generation.

The city was, is and will remain the source of our livelihood, and we must take care of it.

The writer is a columnist. e-mail: [email protected]