We Are Self-blinded, Not Blind 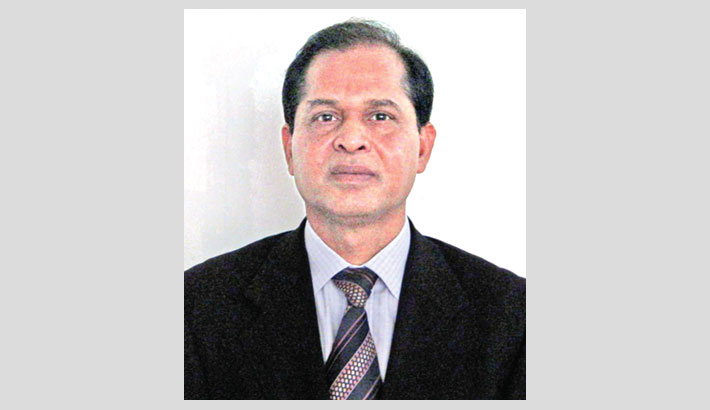 Rabindranath Tagore wrote - We live in a strange environment where humans are busy making rules, putting up barriers, and drawing curtains lest they see Nature with their eyes. Truly strange are the earth’s human inhabitants. It is a wonder that they have not put caps on the flowering trees nor raised marquees to hide the moon. What is it that these self-blinded people want to see as they move about in their closeted palanquin?

We are human beings. I believe the introduction of the word ‘human’ to mean the humankind was considered due to our quality of humanity. Though the nature or degree of humanity differs from region to region or country to country, but it exists, more or less, everywhere in the world. However, sometimes, it becomes difficult to understand from the outer behaviour or expression of human beings, if he or she holds opposite inner preservation. This is the reality of whether a person lives in a developed country or an underdeveloped country.

We, the people of Bangladesh are no more exception to that. In fact, the occurrences (like killings of Rifat or BUET student Abrar); those are happening in front of our eyes now and then, are nothing but the expression of our inhumane behaviours. We saw a number of inhumane incidents in the past. Have we learnt anything positive from those incidents? Were those able to open our eyes and minds? Perhaps, we do not understand that we need to develop our humane quality to make a society worthy to live.

Absence of human and social values has been identified as the main cause of all such inhumane incidents. Even, we do not see any such initiatives by anybody to protect the existing social degradation. On the contrary, the degradation is continuing. It is a social vice. Do we think that we have the responsibility to stand against and take necessary measures to upgrade the situation? Anyway, it is urgently needed.

Nobody can deny that corruptions exist abundantly in the public sector in our country, even in the private sector though at lower scale. There are drives by government agencies against corruption. It is not an easy task to eradicate corruption in a day or two, as it has been deeply rooted since long. We have the feeling that it is the duty of the government to look into this. Nobody, but we, the people of this country are doing corruption, whether we do it for legal or illegal benefits. That means, we cannot deny our liability in this regard. Therefore, to keep society free from corruption, we should stop this practice and keep our eyes open so that nobody dares to do this anymore. Without peoples’ cooperation, no government would be able to eradicate corruption.

Bangladesh is very small in size in respect to its population. We have very limited resources. We have a very big population and that might be turned into the biggest resource of this country. But, it lacks appropriate initiatives in this sector. We should have a trained and professional workforce, which can meet not only the local demands but also international requirements. We know our migrant workers could contribute more to our economy if they were skilled and sent abroad following a migrant-friendly recruitment system. Being the most sensitive and important issue, this sector should be given ‘priority’ treatment. Proper surveillance also lacks in controlling human trafficking.

Besides the few issues I have mentioned here, there are so many other issues in the country that need immediate attention. Otherwise, the entire situation would deteriorate further and one day no medicine would work, even applied forcefully. It is, as the citizens of Bangladesh, our liability and responsibility to come forward and co-operate all concerned authorities and institutions in their attempts to bring the society in order.

I believe we are well-aware of all these. My perception is that we are not blind. Then, are we self-blinded? If not, then we might be very clever. Or, we do not bother. I strongly believe that Bangladesh could be one of the best countries in the world if we have more good people with humane qualities and patriotic zeal.

We are now in the year 2020, the year the whole nation is going to celebrate the hundredth birth anniversary of our Father of the Nation Bangabandhu Sheikh Mujibur Rahman. We know that Bangabandhu was known in the world as the uncompromised voice for freedom, self-determination, peace, justice and human rights. He wanted to establish peace, humanity and justice in each and every corner of the world. It was his dream to make Bangladesh ‘Golden Bengal’, where there would not be any poverty, injustice, corruption or discrimination. Being his followers or the citizens of his beloved Bangladesh, we are not holding that spirit in our hearts and activities. If it was such, the saddest event of 15th August could not happen and we could have a better Bangladesh much earlier.

We are now lucky to have Prime Minister Sheikh Hasina, the illustrious daughter of Bangabandhu, as our leader to guide us aiming to build Bangabandhu’s ‘Sonar Bangla’. We should extend our all-out support and cooperation to this government to attain its goal. We are not blind. Why should we remain self-blinded? We should keep our eyes and minds open. There should not be any doubt that our concerted efforts can make Bangladesh a poverty-free, peaceful, harmonious, humane and developed country. Let the Year 2020 give us the opportunity to fulfil our dream.