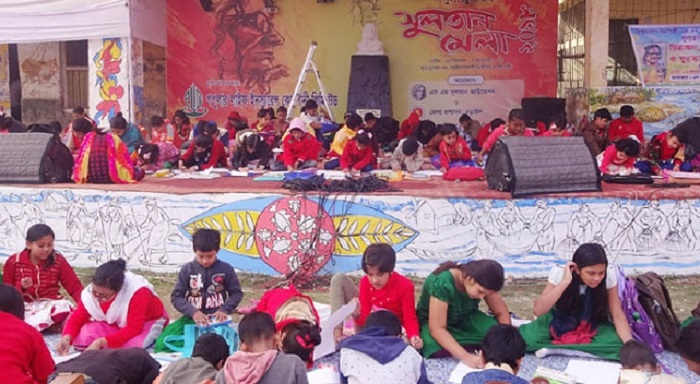 The ten-day-long ‘Sultan Mela’ is going to draw huge spectators who are expected to be bathed in mirth and merriment during this cultural event of prominence.

The fair will begin on January 15 on the bank of the Chitra River to mark the 95th birth anniversary of internationally-acclaimed painter SM Sultan.

This year the fair will be dedicated to Father of Nation Bangabandhu Sheikh Mujibur Rahman.

Like the previous years, the fair signifies the exposition of the country’s core culture in the form of art exhibitions, rural games and folk music.

The thought-provoking event infuses creative intent into the minds of visitors, besides reminding them of invaluable art-works of SM Sultan, an artist of global stature.

Sultan Mela will be opened at the Sultan Mancha on the premises of Narail Government Victoria College. The fair will conclude on January 25.