TeleTalk to invest Tk 100b in 5 years 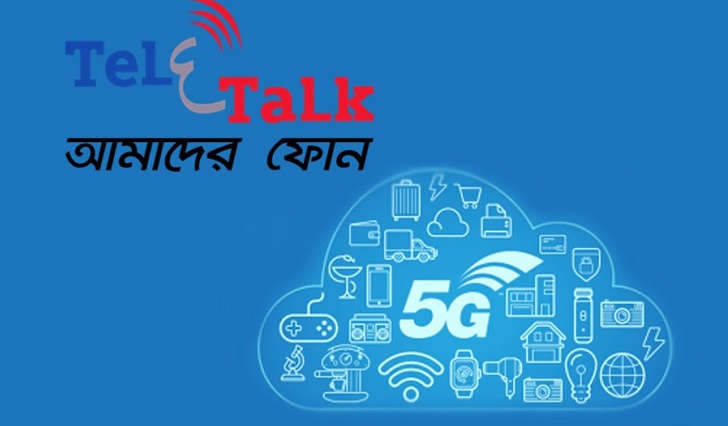 State-owned mobile operator TeleTalk is planning to invest a staggering Tk 100 billion in the next five years to expand its network and upgrade its infrastructure to compete with private mobile operators.

Telecom sector policymakers hope that the massive investment plan will help break the market monopoly by Grameenphone and Robi in the telecom sector.

He said the government will increase the volume of investment in phases to expand the capacity of TeleTalk so that it can lead the 5G market from 2021.

Of the Tk 50 billion investment, Tk 30 billion will be invested to ensure 80 per cent network coverage before the launching of 5G, Mustafa Jabbar said.

He said countries like China, UK, Saudi Arabia and South Korea have shown interest to invest in TeleTalk.

“We will start talking with interested countries and their firms next week,” Jabber said. The minister also admitted that a weak presence state-owned telecom company has allowed creating a monopoly by GP and Robi.

“If TeleTalk had a stronger market presence, the consumers would not have been affected by the market monopoly,” he said expressing disappointment.

The government has already introduced SMP and other policies to curb the monopoly of top mobile operators. But such moves did not create any meaningful impact due to a weak state-run entity.

The strengthening of TeleTalk will also help to ensure digital security of the country, the minister opined.

“We are not against allowing any Chinese company despite the tension between the US and China over cybersecurity,” he said.

“We will able to compete with private operators if the government invests Tk 100 billion in next five years,” TeleTalk managing director Sahab Uddin told the Daily Sun.

The state-run operator is now dealing with a massive project involving over Tk 30 billion. The project titled ‘Expansion of TeleTalk 4G Network and Providing 5G Network Services in Rural Areas’ aims to bring the whole country under TeleTalk network.

“We are going to re-brand TeleTalk with a promise to facilitate the country’s digital transformation through our services,” Sahab Uddin said.

Sahab Uddin also said people in rural areas will enjoy 4G network services by 2024. “We are expecting to ensure 90 per cent 4G network coverage in union level by 2021,” he said.

With the G2G Chinese finance, TeleTalk expanded its 2G/3G network up to the district and Upazila levels in 2013-15 with the investment of Tk 1,700 crore.

TeleTalk started its venture in 2005 with a capital of Tk 6.43 billion and it was later renamed as TeleTalk Bangladesh Ltd in 2008.

According to the Bangladesh Telecommunication Regulatory Commission (BTRC), there were 76.115 million Grameenphone subscribers, 48.742 Robi subscribers, 35.112 million Banglalink subscribers and 4.862 are TeleTalk subscribers in the country as of November 2019.

Telecom expert Ashraf H Chowdhury said it’s the peak time to investment in TeleTalk to make the state-run operator capable of competing with other private operators during the launching 5G.