Couple fall in love at old age home, get married 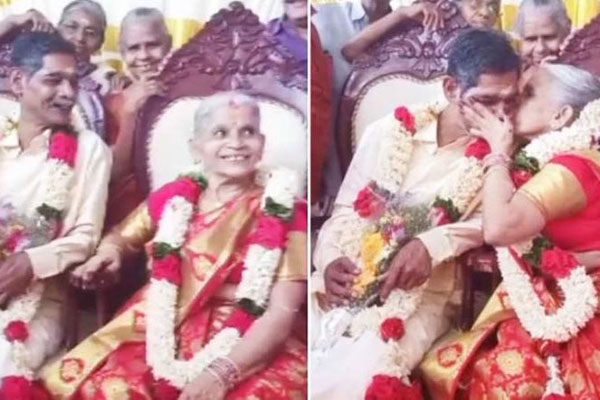 A Indian couple, who are in their 60’s decided to tie the knot after they fell in love with each other at an old age home in Thrissur of Kerala.

For the first time ever, the government-run old age home in Thrissur’s Ramavarmapuram became the venue for the union of Kochaniyan Menon, 66, and Lakshmi Ammal, 65, who tied the knot on Saturday.

According to various reports, Lakshmi Ammal fell in love with Menon who was her late husbands assistant. Their rekindled friendship soon blossomed into love and the couple decided to get married. The duo shared their intention with other members of the house who arranged a humble but special ceremony at the home.

Kerala Agriculture Minister VS Shivakumar, who came across their unique love story decided to be part of their wedding. District Collector S. Shanavas was also in attendance.