Maulana Azad - The Man Who Knew the Future 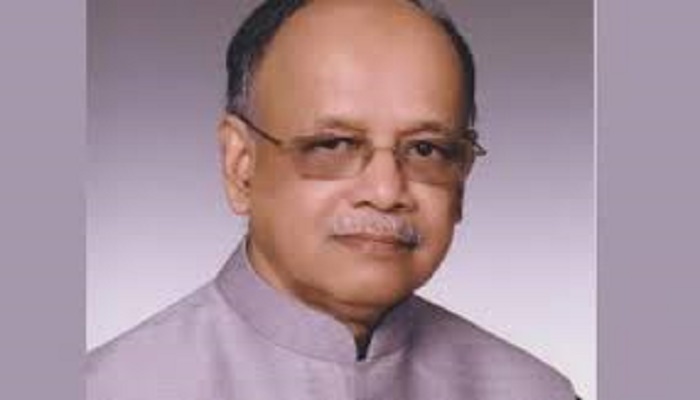 The present generation lives in a make believe world of Facebook and Smart phones and thinks history is a dispensable subject of the people who only lives in the past. Once a young learner asked me – he is a student of Business and why should he learn history? I told my young friend learning Business will perhaps ensure you a good career in the corporate world but learning history will make you a wise person and a better human being. In a recent news clipping which I managed to gather from the net I was shocked to learn that only three MPs out of 778 (Lok and Rajya Sabha) turned to pay tribute to the great political leader Maulana Abul Kalam Azad on 11 November of 2018 in the Central Hall of the Indian Parliament Building in New Delhi. It was his 130th Birth Day and in India the day is celebrated as National Teachers’ Day (UNESCO observes it on 5 October). Maulana Azad was a person who not only India can be proud of but his works can inspire people around the world where politicians preach divisive policies for petty political and personal gains. Maulana Azad’s name can be put in the line of personalities like Mahatma Gandhi and Jawaharlal Nehru, though they had difference of opinions in the days preceding the partition of India.

Maulana Azad was born on 11 November in Mecca, then a part of the Ottoman Empire. His family had Indian ancestry. His father was a scholar who lived in Delhi with his maternal grandfather, as his father (paternal grandfather) had died at a very young age. During the Indian Rebellion of 1857 the family left India and settled in Mecca.  Later Azad came back to India with his family and they settled in Calcutta (now Kolkata) in 1890. Azad was home-schooled and self-taught but in few years time he mastered several languages including Urdu, Hindi, Persian, Bengali, Arabic and English. Though Azad was a devout Muslim and a scholar, he rejected politics based on religion and always disowned the politics of All India Muslim League which preached a politics of religious divide. He even opposed the partition of Bengal in 1905 and became very active in the sub-continent politics. With his mastery of knowledge of Islam he could become a cleric but instead decided to enter politics as he thought by entering politics he could serve the people better.

Throughout his political life he preached the importance of unity of people of all faiths, especially the unity amongst the Muslims and Hindus of India as they were the largest segments of the Indian population. He preached the abolition of discrimination based on caste or creed. In an interview given to Shorish Kashmiri, a veteran journalist of the time and editor of an Urdu magazine, just before the partition became a reality, Azad said “Muslims have every right to demand constitutional safeguards, but partition of India cannot promote their interests. The demand is the politically incorrect solution of a communal problem.” It was a time when majority of Hindu and Muslim leaders in India were of the view that partition is the only solution to communal problems in the sub-continent.

Maulana Azad was a brilliant orator and an excellent writer. In 1958 one of his master piece, ‘India Wins Freedom’ was partially published. It was about his political life. However, an additional thirty pages of the book was kept in sealed envelope in a bank vault and Azad instructed that the unpublished pages be published on his thirtieth death anniversary. The complete book with the thirty pages were published in 1988 as desired by him. The book contained his personal observations about the causes of the partition of India and his narratives were cause of embarrassment for many Indian politicians. In 1923 Maulana Azad became the youngest man to be elected the President of Indian National Congress.

Azad’s strong views against the partition of India could not stop the partition. It pained him much and on the day of Eid-ul-Azha on 25 October 1947, Azad addressed the Eid congregation in the Delhi’s majestic Jama Masjid and reiterated his concern about his fears of the consequences of partition and said “Do you remember? I hailed you, you cut off my tongue; I picked my pen, you severed my hand; I wanted to move forward, you broke of my legs; I tried to run, and you injured my back. When the bitter political games of the last seven years were at their peak, I tried to wake you up at every danger signal. You not only ignored my call but revived all the past traditions of neglect and denial. As a result the same perils surround you today, whose onset had previously diverted you from the righteous path... (Today) I am an orphan in my own motherland....I warned you that the two-nation theory was a death-knell to a meaningful, dignified life; forsake it, I told you that the pillars upon which you were leaning would inevitably crumple...I do not ask you to seek certificates from the new echelons of power. I do not want you to lead a life of sycophancy as you did during the foreign rule. I want to remind you that these bright etchings which you see all around you are relics of processions of your forefathers. Do not forget them. Do not forsake them. Live like the worthy inheritors and rest assured that if you do not wish to flee from this scene, nobody can make you flee. Come. Today let us pledge that this country is ours, we belong to it.” Unfortunately the exodus of Muslims from India to their ‘promised’ land continued, millions perished, lost their property and belongings. Overnight they became rootless.  They were unfortunate victims of flawed politics of the politicians. Azad predicted the future of Pakistan which is a reality today. He was known as ‘The man who knew the future.’

After the partition of India, Jawaharlal Nehru appointed him the first Education and the Human Resource Minister and he assumed the office on 15 August 1947 and continued in the same position till 2 February 1958. Both Nehru and Azad proclaimed that for building of a new nation, the focus should be on the development of its human resources.  Azad oversaw the setting up of the Central Institute of Education, Delhi, which later became the Department of Education of the University of Delhi as “a research centre for solving new educational problems of the country”. Under his leadership, the Ministry of Education established the first Indian Institute of Technology (IIT) in 1951 and the University Grants Commission in 1953. He also laid emphasis on the development of the Indian Institute of Science, Bangalore and the Faculty of Technology of Delhi University. He foresaw a great future in the IITs for India. He was also the man behind the Indian Council for Cultural Relations (ICCR) organization to establish and strengthen cultural contacts between India and other eastern countries. Maulana Abul Kalam Azad died of a stroke on 22 February 1958 at the age of 69 and was buried in the precincts of the Delhi’s historic Jama Masjid. He was awarded the highest civilian honour in India, posthumously, the Bharat Ratna in 1992 for his immense contribution to the national life of India.

Only three MLA’s may have gathered to pay respect to Maulana Azad on his birth anniversary but it will not have any effect on the honour and dignity of this great soul of the sub-continent politics as his deeds as a politician will live forever. He stood tall for secularism, unity and tolerance. Maulana Azad once said “Educationists should build the capacities of the spirit of inquiry, creativity, entrepreneurial and moral leadership among students and become their role model.” His statement directed towards the educationists is more relevant today than any other time in the past as moral decay in our education sector has reached its extreme. May the memory of Maulana Azad resonate in the minds of our present generation!

Wishing a happy and prosperous New Year to all my readers!

The author is a commentator and researcher