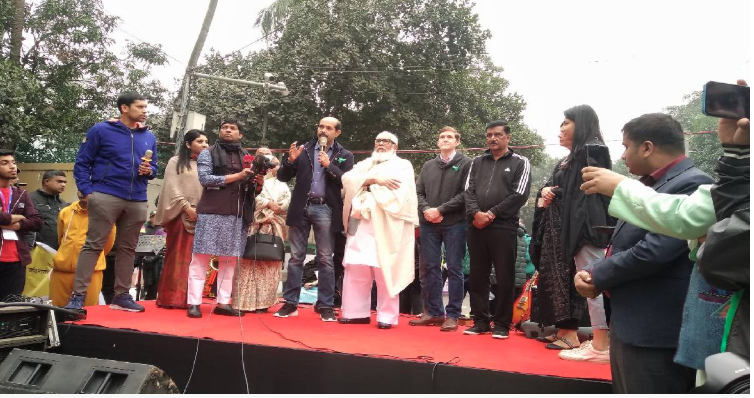 With a goal to grow and strengthen social bonding among neighbours, an off-beat festival called ‘Para Utsab’ was held in the capital on Friday.

Residents of Gulshan thronged Road 62 to enjoy the festivity.

The daylong community festival was jointly arranged by DNCC, Gulshan Society and Heroes for All foundation in the city’s Gulshan 2 area.

Mayor Atiqul said arranging such events will have a positive impact on the society.

“Such events enhance communication with each other. We can stand beside each other in distress and happiness through improved bonding,” he said during inauguration.

The DNCC mayor also wished to introduce the festival to other wards of the city corporations.

“The event we organised here today should take place in other wards as well. I call on all councilors and social organisations to observe similar festivals in each ward ... DNCC will provide assistance,” he said.

The organisers said urban life has pushed people to a sort of isolation which is weakening the most important 'neighbouring community' socially. The festival has been arranged to counter that.

The festival had the residents of Gulshan area partake in many traditional sports. Other features of the festival include, ‘open mic session’ among neighbours, storytelling corner, health and fitness stall, ‘meet and greet’ session and art and craft workshop.