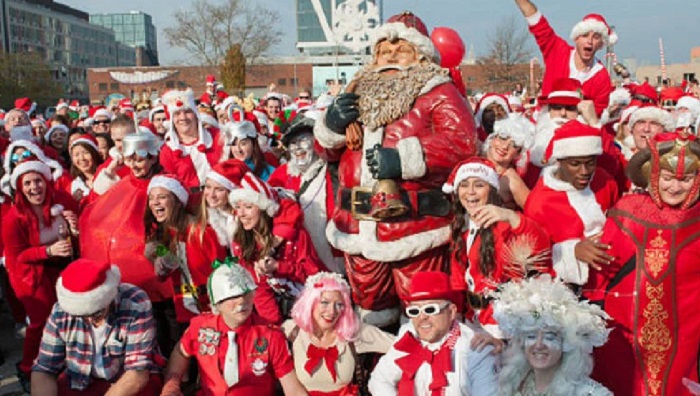 A large group of people dressed as Santa Clause flooded the streets and subways of New York City (NYC) on Saturday, as they celebrated one of the decade-old Christmas traditions in the Big Apple.

The event, known as NYC SantaCon, kicked off at Father Duffy Square, a section of Times Square at 10 am on Saturday. It is a charitable, non-commercial, non-political, nonsensical Santa Claus convention that happens once a year to spread absurdist joy, according to the event's official website.

This year, hundreds of participants dressed as Santa, elves and in other holiday-themed costumes took part in the festive event. With a donation of 13 US dollars, they would be able to get an admission ticket to participating venues to have drinks and snacks with their fellow "Santa Clauses" and "elves."

NYC SantaCon is one of over 300 similar events that will take place in more than 40 countries around the world this holiday season, according to the event's official website.