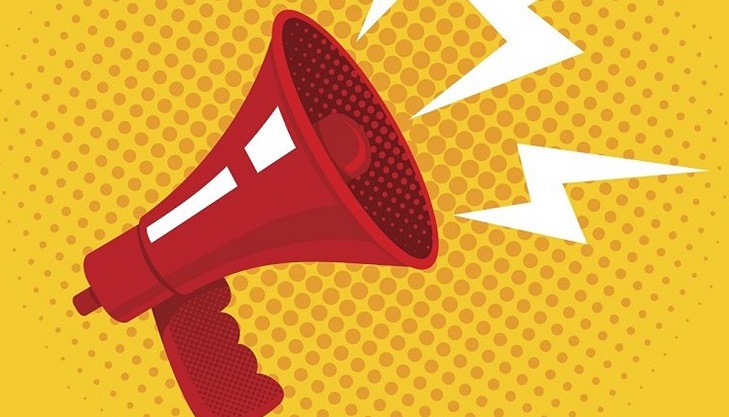 Noise pollution is increasing alarmingly in the capital mainly due to growing number of public and private vehicles, posing serious health hazards to city dwellers.

Apart from hearing loss, noise pollution can cause hypertension, high levels of stress and other harmful effects, according to health experts. Honking of vehicle horns and noise caused by construction work in residential areas continue unabated until midnight in many parts of the capital.

Use of loudspeakers in social programme, political assembly, open concert and various campaigns is one of the main reasons for noise pollution.

Besides, sound of breaking bricks and stones by machines during construction works, sound of grill making workshops, sound of generators, and high volume of music from audio video shops and residences of individuals during wedding ceremonies and religious gatherings contribute significantly to noise pollution in the city in recent times.

Recently, the surrounding areas of the Secretariat have been declared ‘No Horn Zone’ and the decision will become effective from December 17 — aiming to prevent sound pollution.          No vehicle will be allowed to honk at Zero Point, Paltan intersection and Secretariat link road areas. The decision was taken at an inter-ministerial meeting of ministry of environment, forest and climate change at the Secretariat on December 8.

Earlier on November 25, an announcement came from a meeting presided over by Environment, Forest and Climate Change Minister Md Shahab Uddin that the surrounding areas of the Secretariat will be ‘Silent Zone’ from December 17.

Md Shahab Uddin said, “As part of making the capital free from sound-pollution, a pilot project will be launched from December 17 declaring the surrounding areas of the Secretariat, Zero Point, Paltan, Kadam Foara, Shikkha Bhaban as silent zone where no vehicle will be allowed to honk.”

According to Bangladesh Environment Conservation Act 1995, if anyone violates this ban, the offender will be sentenced to maximum one-month imprisonment or fined a maximum of Tk 5,000 or awarded both fine and jail term.

The Noise Pollution (Regulation and Control) Rules, 2006, prohibits honking of horns within a 100-metre radius of hospitals, educational institutions and offices. The rules also make mandatory taking prior permission for using loudspeakers. But no one follows the rules.

Most people are not aware of the rules regarding the issue and many do not know where to lodge complaints to end this problem.

According to a 2017 study by the Department of Environment (DoE), sound levels at all the divisional headquarters are far beyond the acceptable limit for human ears.

The survey was conducted at 70 points of Dhaka city and recorded sound level reached up to 120-130 dB (decibels) at many points.

The highest noise level recorded at Farmgate was 130.2dB during the daytime and the lowest 65.7dB at night.

It also found that drivers of 500-1,000 vehicles honk their horns in Dhaka at the same time even when they are stuck in traffic.

This study revealed that around 11.7 percent of the population of the country had lost their hearing power due to noise pollution.

The survey also found that people are unaware of the 2006 sound pollution control law—and very few have seen the law implemented.

While visiting different residential areas, this correspondent found that loudspeakers are used to advertise goods and services while microphones are used to celebrate weddings and cultural functions and musical stores advertise their collections by playing popular songs continuously.

Dr Kanu Lal Saha, associate professor of ENT and Head Neck Surgery Department of Bangabandhu Sheikh Mujib Medical University (BSMMU), told the daily sun that deafness and hearing problems occur due to various reasons. Of them, loud sound hurts the ears and it is one of the major reasons for such health problem, he said.

He said technology such as listening to music with headphones at high volume and long-term contact with cell phones, smartphones, loudspeakers and audio devices or mp3 player etc. is causing noise pollution.

“Staying in the noise polluted area is very harmful, such as hydraulic horn on the road, high sound in garment, shooting, rail or cargo vehicle. Noise pollution can cause hypertension, high stress levels, and other harmful effects,” he added.

People may lose their hearing power if loud music is played through audio devices, smartphones or in music concert, he said.

Dr Kanu Lal said, “We have to be aware of these technologies. Children and adolescents have to be cautious about whether they can hear properly.”

The doctor has suggested proper medical examination through necessary testing if hearing problem arises. Because, hearing loss could be prevented through proper treatment, he said.